Global News’ Alan Carter interviewed Kathleen Wynne by surprise while she was doing her morning jog. 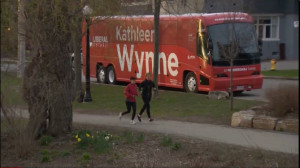 See the interview and article here.

Holding a video camera while running alongside the Premier, Carter asked campaign platform questions which she answered without breaking a breath. 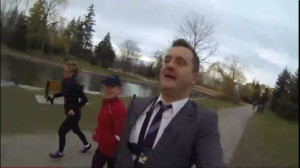 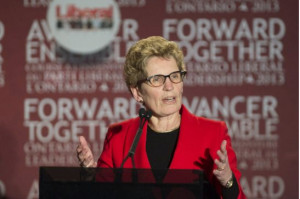 This interview broke that pattern. Instead of a well-coiffed and well-dressed Premier rehearsed and speaking in front of a strategic backdrop and behind a microphone, we see a jogging reporter and Premier.

How does the interview take advantage of newly-developed video technologies?

How might the motion of the premier and reporter influence the audience’s response to the questions and answers?

Do you recall either the questions or the answers? Might the novelty of the handheld camera and talking-while-jogging interview overshadow the content of the questions and answers? 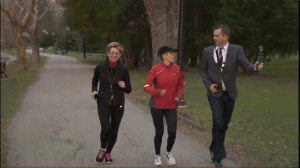 The interview is not a single take from the portable camera’s point of view. At one point, we see the Premier and reporter from different points of view that includes a camera crew.

Why might there be a camera crew in this park at this time of day?

How might seeing the camera crew influence the audience’s reaction to the interview? 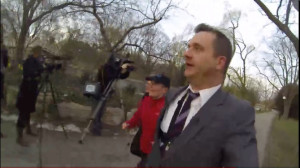 Mr. Carter is out of breath at the end of the interview, but the Premier seems in control and wishes him a good day.

What might the audience think about seeing/hearing the winded reporter and the well-paced Premier? 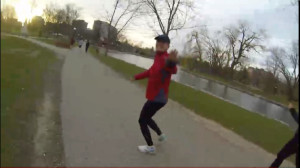 How might seeing the Premier while jogging compare to viewers seeing Tim Hudac or Andrea Horwath in their campaign interviews?

Is there any evidence in this video news report that Kathleen Wynne might have known or anticipated a jogging interview? Where?

What are the chances that this interview will set a precedent, where many other reporters interview the Premier during her morning jogs?

(These lesson ideas can be applied to both Secondary and Elementary levels classrooms. – ed.)