Pawns in Their Game 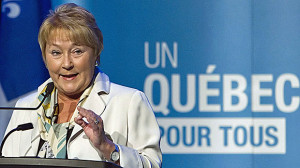 Pauline Marois’ PQ government introduced proposed legislation that defines the Charter of Québec Values. A key element of the Charter prescribes what kinds of clothing, specifically religious, can be worn by government workers. The hijab, turban and kippah fall within the verboten clothing items. The government claims that the new rules will strengthen the secularity of Québec society.

News media have had a field day identifying the legislation’s contradictions and institutional biases. I suggest that there is an entirely other PQ strategy at work, and that news interviews with outraged minority representatives and human rights activists may be an unwitting game move.

A lawyer might ask a question knowing that it will be deemed inappropriate and stricken from the record, but it still influences the jury. An MP might call for the resignation of a Minister knowing that it won’t happen, but it still influences the electorate. The proposed legislation probably can’t pass and that doesn’t matter. Its purpose will be achieved either way.

Why? The Charter is a media text carefully crafted to send values messages to target audiences. The last Québec separation referendum lost by a 1% margin. All the Charter of Québec Values—and the accompanying near-hysterical news coverage that has popularized it—have to do are cause 1% of Québec’s voters to leave and/or discourage others from entering and the 1% will slip to the separatist side. The more that journalists, politicians, and activists squawk, the more effectively the PQ’s xenophobic message is sent and received.

Would you stay in or move to a province if you felt unwelcome? Neither will many of those made to feel second-class. The proportion of French-Canadian voters will grow, as will the chances of a successful separation referendum.

It is a game well-played by the PQ and, ironically, unnoticed by those who should—were they more media literate—know better.