Rob Ford has been accused by Gawker and the Toronto Star of making prejudicial remarks about minorities and Justin Trudeau while smoking crack cocaine. The charges may only be allegations, buy but it doesn’t matter. The effects—on Ford and on Toronto—are the same whether the allegations are fact or fiction. 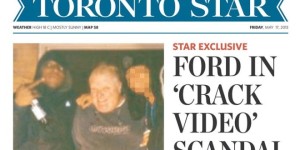 The news has gone international. Will international readers remember that the allegations are unproven, the video unverified, its sources anonymous? Or will the conversation go something like, “So! I see where the mayor of Toronto has been caught smoking crack!”

People are headline readers—even moreso with the Twitter effect—not in-depth readers. The cocaine-smoking allegations are not anomalous, but fit the pattern of many previously-reported maverick behaviours.

How many people might give Ford the benefit of the doubt and how many will presume guilt?

How many might unconsciously connect the mayor to Somalian drug dealers?

How many Torontonians might feel embarrassment that their mayor is connected to these allegations?

How many Ford supporters will find it difficult to remain loyal as Mr. Ford’s reputation suffers another blow?

How many non-Torontonians might think less of Toronto when they hear the allegations?

How many non-Torontonians might allow the news to influence their Toronto vacation or business decisions?

The truth doesn’t matter. Proving the allegations is unnecessary. The connections have been made. The perceptions have been formed. The damage is done. 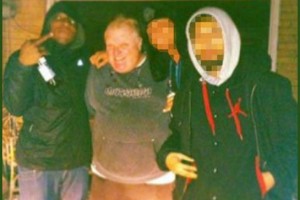 Is this Rob Ford? Are these drug dealers? Does it matter?