Why this and not that? 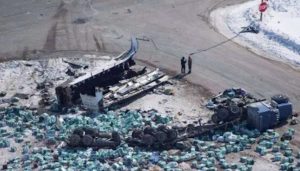 Why this and not that?

By Diana Maliszewski and Neil Andersen

Certain events galvanize and inspire large groups of people to respond in a variety of ways. Two recent examples of this are the school shooting at Marjory Stoneman Douglas High School in Parkland, Florida (see http://www.sun-sentinel.com/local/broward/parkland/florida-school-shooting/ ) and the bus crash involving the Humboldt Broncos hockey team in Saskatchewan (see https://www.theglobeandmail.com/canada/article-humboldt-broncos-hockey-bus-crash-saskatchewan-explainer/ ).

These issues provide meaningful and authentic ways for educators and students to discuss how reporting happens and how momentum evolves. An important question to ask is not a common one – why do some news stories become international news and headline grabbers, when other—seemingly similar reports—do not?

In the case of the Humboldt Broncos bus crash, the outpouring of grief, tributes, and memorials have been unparalleled. As of April 9, 2018, over $8.5 million has been raised as part of a Go Fund Me campaign, the largest in Canadian history. The city of Toronto declared April 12, 2018 to be Jersey Day and encouraged everyone to wear a sports jersey. (See http://www.cbc.ca/sports/hockey/canadians-stand-with-humboldt-jersey-day-tribute-1.4616814 ) People have posted many photos of hockey sticks outside their front doors to social media outlets to show their support. (See https://www.ctvnews.ca/canada/sticksoutforhumboldt-spreads-overseas-1.3880312 )

What is it about the Broncos’ bus crash, in which 16 of the 29 people aboard died, that resonates so strongly with many members of the general public?

Who participated in these post-Humboldt crash actions, and why?

This event also resonated with the news media, who chose to report it almost non-stop for days.

Why might news media have decided to foreground that news?

Was publishing it good for the news business? 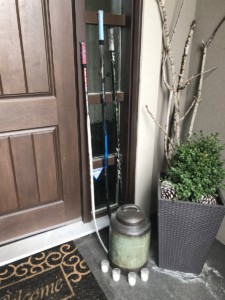 Examining the various factors and proposing theories can be a useful exercise, but let’s not end our media analysis there. Why not do some research to compare statistics, such as the number of school shootings during a certain time period, or the number of road fatalities?

As long as these discussions are conducted in a safe learning environment, some honest and interesting observations can be made. The need for a “safe space” for discussion became evident after a Quebec City writer, Nora Loreto, was viciously attacked and abused online for questioning if the compassion extended to families of this tragedy could and would extend to others in similar situations.   (See https://www.nationalobserver.com/2018/04/11/opinion/let-nora-loreto-have-her-say )

Even considering why backlash occurs when comments like these are made (e.g. “Who objected to Nora Loreto’s comments? Why? How does the identity of the person who offers a dissenting opinion or alternative viewpoint impact how the message is received?”) can be a fascinating class (or staff room) conversation.

How does national identity factor into the equation?

Could this Canadian phenomenon—the harsh response to a critical question—be influenced by the radicalization in American politics?

This could lead into a general inquiry on why dialogue is harder than diatribe, and whether or not the social media environment encourages polarization rather than reasoned debate.

For example, in How social media helped Canadians show their support for those grieving the loss of the Humboldt Broncos killed in a terrible crash, (Toronto Star) Fatima Syed reported on the compelling nature of news of the Humboldt crash. Among the contributing factors were

(These ideas are adaptable to a senior elementary, and secondary classroom – ed.)