Can media literacy education nurture active agency? Or, my argument with Mark Surman 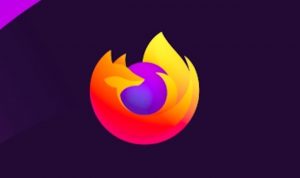 I attended one of the McLuhan Salons recently – talks/discussions that are co-sponsored by St. Michael’s College at U of T and the Estate of Marshall McLuhan. On November 9 at the ROM, we heard Mark Surman, President and Executive Director of Mozilla, a not for profit technology company that ‘puts people first’. He spoke to an audience of about 100 on whether fake news was “really the problem”. His talk centred on the mechanics of misinformation, how it circulates online, and the repercussions of that. Predictably, he pinpointed the shenanigans of Google and Facebook as the engineers of ‘fake news’ proliferation, and offered a slim ray of hope in the form of activism as a counter-strategy. (Mozilla began as a classic activist organization, keen to take on the greedy corporate giants.) Surman’s message was not surprising, but it was a passing remark about media literacy that gave me pause. Surman stated that media literacy in the schools was admirable and “all well and good”, but it was essentially ineffective. In other words, media literacy skills make no difference as an agent for change.

He believes that helping people understand the mechanics and effects of media does not provide them with the impetus to take back control of their media environments. After the talk, I asked Surman personally how a person could become a media activist without first being able to think critically about the media. He answered, yes they need to be critical thinkers, but that is not enough to push them into activism. There is a “missing piece” that prevents even media literate citizens from rising up against the corporate giants – to restore individual power and the freedom to communicate in a safe technological environment

Much as I wanted to disagree with him, I have to admit I think he is right about the ‘missing piece’. Media literate people are not necessarily activists. They possess a form of agency but it is personal. And if people do not share critical awareness and actively organize for change with a public voice, how effective is their agency?

So this begs the question: what is our obligation as media literacy teachers? Should we always add that ‘missing piece’, that action piece at the end of a media project? Should media projects become action pieces? Should the metacognitive curriculum piece be rooted in activist language? And how easy is it to move an individual to action – ie, might it be a false gesture, especially in an institutional setting? Mustn’t real activism spring from an authentically felt impetus, anyway?