And the Oscar goes to … Lessons about the Academy Awards

February 9, 2020 was the broadcast of the 92nd Academy Awards. There are many ways to include the Academy Awards as part of your Elementary media lessons. Here are a pair of ideas that incorporate several subject areas. One can be used every year, regardless of the nominees. The other is specific to the 2020 roster. 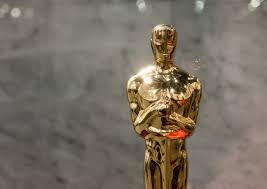 Because my class of Grade 7’s is working on relationships between fractions and percentages, as well as heading into data management next, I thought I would ask my students some questions about the best picture nominees.

I listed all 9 nominees on a chart, and then headed three columns with “seen”, “heard of” and “no idea”. Each small group took tallies of their members and converted those numbers to fractions (letting us reinforce what numerators and denominators indicated for some of my students). We then added up our numbers, and practiced the process of creating percentages. We also had to note that in order to add these numbers, we didn’t have to find a common denominator, because all of our units (students) were technically the same size, so we actually had to figure out what our “whole” was.

There are great potential discussion questions here that lend themselves well to media literacy. For instance, I would look in detail at the fact that the one nominee no one in my class had seen or heard of was Parasite, the winner. I teach in a very small, very white town. How might our location and identities relate to this knowledge gap? I also might ask about what movies they might have put on the list, and what that might tell them about the academy. It was also interesting to me that some of my students had seen The Irishman, because it was on Netflix, and I hadn’t, for the same reason. Should  the films nominated be available in one format?

I co-taught this lesson with a wonderful Grade 4-5 teacher to her class the day after the Academy Awards. This is what we did.

First, we checked for the students’ background knowledge. Did anyone know what the Oscars are? Had anyone heard of or watched the Academy Awards? We gave a quick summary about the prizes given by this particular group (The Academy of Motion Picture Arts and Sciences). We asked students to guess which famous actors/actresses had received Academy Awards. As they called out names, my co-teacher (Brenda Kim) looked up information online to confirm whether or not those individuals had won. Interestingly enough, the only performer they mentioned that was even close was Robert Downey Junior (who was nominated but has never won). If we had more time, we would have explored this more in depth. 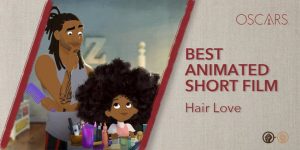 Then, we mentioned that the 2020 winner of the Oscar for Best Animated Short Film was “Hair Love”. We read the book aloud. Immediately after, we watched the film.

We briefly opened it up to comments, and then we examined some related media texts via Twitter.

What would have been my full speech. #Oscars pic.twitter.com/qeL43gqK0k

Congrats to ‘Hair Love’ on winning best animated short at the #Oscars — Here’s what inspired director Matthew A. Cherry to put Black dads positively in the spotlight while breaking media norms around representation and beauty pic.twitter.com/NxpJQPCNN4

We are going to post all these media texts to the class Google Classroom with the following question prompts:

If you want to stretch the inquiry with even more questions, here are more courtesy of AML Vice President Carol Arcus:

Hattie McDaniel’s speech still brings tears to my eyes. She wasn’t allowed in the #oscars ceremony space because she was black. They had to petition to get her in the room! Then they made her sit at a separate table from her cast. #OscarsSoWhite pic.twitter.com/dlhwh8CGqi