Cadillac and Ford Strut Their Stuff

This text-of-the-month is a pair of texts. One is a direct response to the other. Both are interesting. 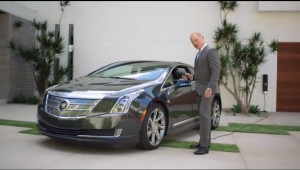 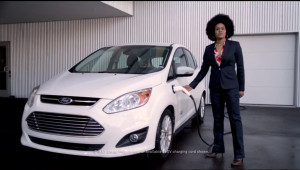 Cadillac produced an interesting ad (click here) celebrating American values such as hard work and innovation. It championed these values over the values of other un-named countries. Its spokesperson is an actor who I last saw playing a murderer on Desperate Housewives.

Sometime later, Ford produced an even more interesting ad (click here). The Ford ad makes no direct reference to the Cadillac ad excepting in its camera moves and editing, which mimic the Cadillac ad shot-for-shot. Its spokesperson is a compost activist who is championing values of conservation and modest consumption.

For those seeing both ads, the Ford ad is a cinematic and political comment on the Cadillac ad. This message, however, would be lost on someone seeing only one of the ads. It might also be difficult to understand the connection if someone saw the Ford ad first rather than second.

It is also curious—if not ironic—that a conservationist would agree to be a spokesperson for an automobile, a product notorious for the polluting effects of both its production and operation. Yet there she is.

The pairing provide great opportunities for students to discuss the codes and conventions of camera movement, setting and editing. They might also compare values messages in the two ads to assess how different they are:

Are the two ads significantly different, or does the Ford ad just appear more politically correct by comparison?

Why might a conservationist agree to endorse a car?

Could it be that she is promoting both the car AND her personal cause?

Students might also consider the prior knowledge that viewers might bring to seeing the two spokespersons. Might viewers associate the Cadillac spokesperson with the murderous character he played on Desperate Housewives? If so, how might that influence their attitudes toward Cadillac? If viewers associate the Ford spokesperson with a grassroots conservation campaign, how might that association influence their attitudes towards Ford?

Is the Ford ad stealing anything copyrightable from the Cadillac ad?

Is it fair for one ad to copy another shot-for-shot?

Should Ford be charged for copyright infringement or Cadillac be paid a royalty?

Students might also imagine a third ad that again copies the camera moves and editing of each car ad but modifies the speech to make a different point or sell a different product or service.

What product or service might their imagined ad be advertising?

How might their imagined ad be able to use viewers’ prior knowledge of the other two ads to increase the impact of their ad?

Who might they cast in their imagined ad that might use viewers’ prior knowledge of the spokesperson’s personality or political position to bring additional meaning and power to their message?

Some possible imaginings could include:

An ad promoting biking/transiting rather than driving to work in a dense urban environment.

Could a Cadillac ad be as successful if the spokesperson was Rob Ford?

Could a vegetarian ad be successful if the spokesperson was Paul McCartney?

An ad promoting a vehicle renowned for handling winter driving conditions in Canada.

An ad promoting the relatively healthful attributes of canola oil (a Canadian-developed oil seed) over the hazards of using corn oil (a product popular in the US).

An ad whose spokesperson is Michaëlle Jean, Angelina Jolie or George Clooney, each of whom promotes aid for people in developing countries.