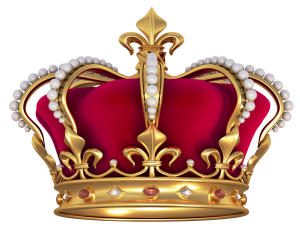 (This illustration was obtained from https://www.freepnglogos.com/pics/crown and is used under a Creative Commons license.)

Monday, September 19, 2022 was the day of Queen Elizabeth II’s funeral. As different Canadian media outlets such as Global News, CP24 and CBC reported, after a certain school board initially advised staff not to initiate discussions about the Queen’s passing, the Ontario Minister of Education insisted that all schools recognize Queen Elizabeth. The Ministry of Education letter to school boards stated, in part:

“Schools should ensure that the day’s activities include learning about the many contributions the Queen made to our province, country, and Commonwealth, and the Accession of King Charles III to the Throne. Recognitions and observances of this nature should be consistent with your board policies and procedures, and conducted in an age-appropriate manner that recognizes the developmental stages of students and [the] varied ways this event will affect diverse populations in our province.”

The British monarchy is a topic most often found within the social studies, civics, and/or history curriculum. However, the death of Queen Elizabeth and her funeral are fitting topics for media literacy study. Monarchies are media texts, constructs, that use iconography, visual and oral ritual, language, and music to communicate meaning. These visual, aural, and verbal constructs contain ideologies and values; they have economic, political, and social implications, and they use unique aesthetic forms.

The Association for Media Literacy offers these discussion prompts and lesson plan ideas for free to educators. Media literacy is the knowledge and skills necessary to understand, use, and create the codes and conventions of a wide variety of media forms and genres appropriately, critically, healthily, effectively, and ethically.

Media literacy should not privilege one position over another; the ideas shared here can be taken in different directions. Being media literate means thinking critically about multiple perspectives on issues. (What are the values? What is the legacy?) It is important to be age-appropriate and sensitive to student life histories and experiences. When we have located suggestions from other sources, we will link them directly to the creators. We trust educators to select the most relevant and useful approach to use with their students and hope these ideas will help further discussion. We thank Carol Arcus, Margie Keats, Diana Maliszewski and others for their contributions to this article.

Connecting The Monarchy to Macbeth (Grades 9-12)

(Key Concept #1 – All media are constructions)

(Key Concept #8 – Each medium has a unique aesthetic form)

*NOTE: If you have students who have recently experienced a loss in their family, use caution if employing this approach

The Queen and Breaking Records (Grades 2-4)

(Key Concept #1 – All media are constructions)

Quirky Traditions About The Transition of Royal Power (Grades 1+)

London Bridge had Fallen – Protocols and Transitions of Power (Grades 7-12):

Not the Legacy You Imagined (Grades 9-12)

(Key Concept #8 – Each medium has a unique aesthetic form)