Beyoncé dropped Formation, a new video and song, the day before she performed a live version at the Super Bowl 50 halftime show. The artist, the song, the video, the halftime performance and the variety of strong responses all provide wonderful inquiry and critical thinking opportunities. 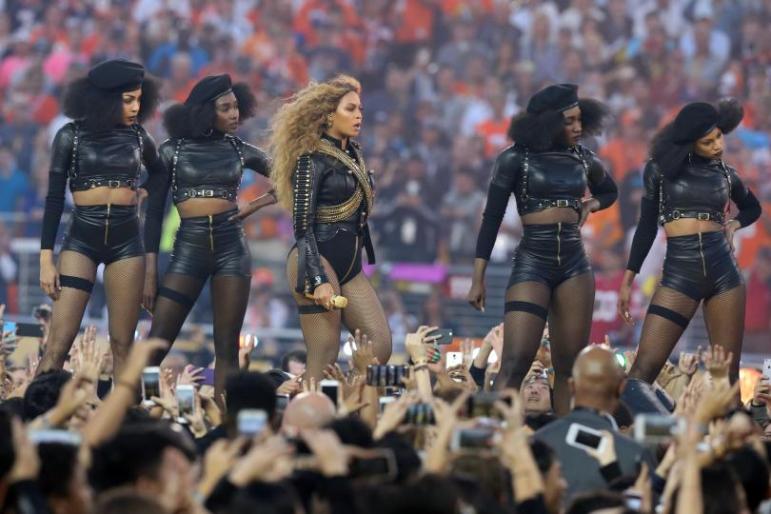 You know you that bitch when you cause all this conversation.

The media literacy triangle might be a useful way to organize the inquiry. The triangle describes 3 ways of looking at mediated experiences:audience, text, and production. As is often the case in media studies, the audience side is the most compelling point of view when exploring Formation. 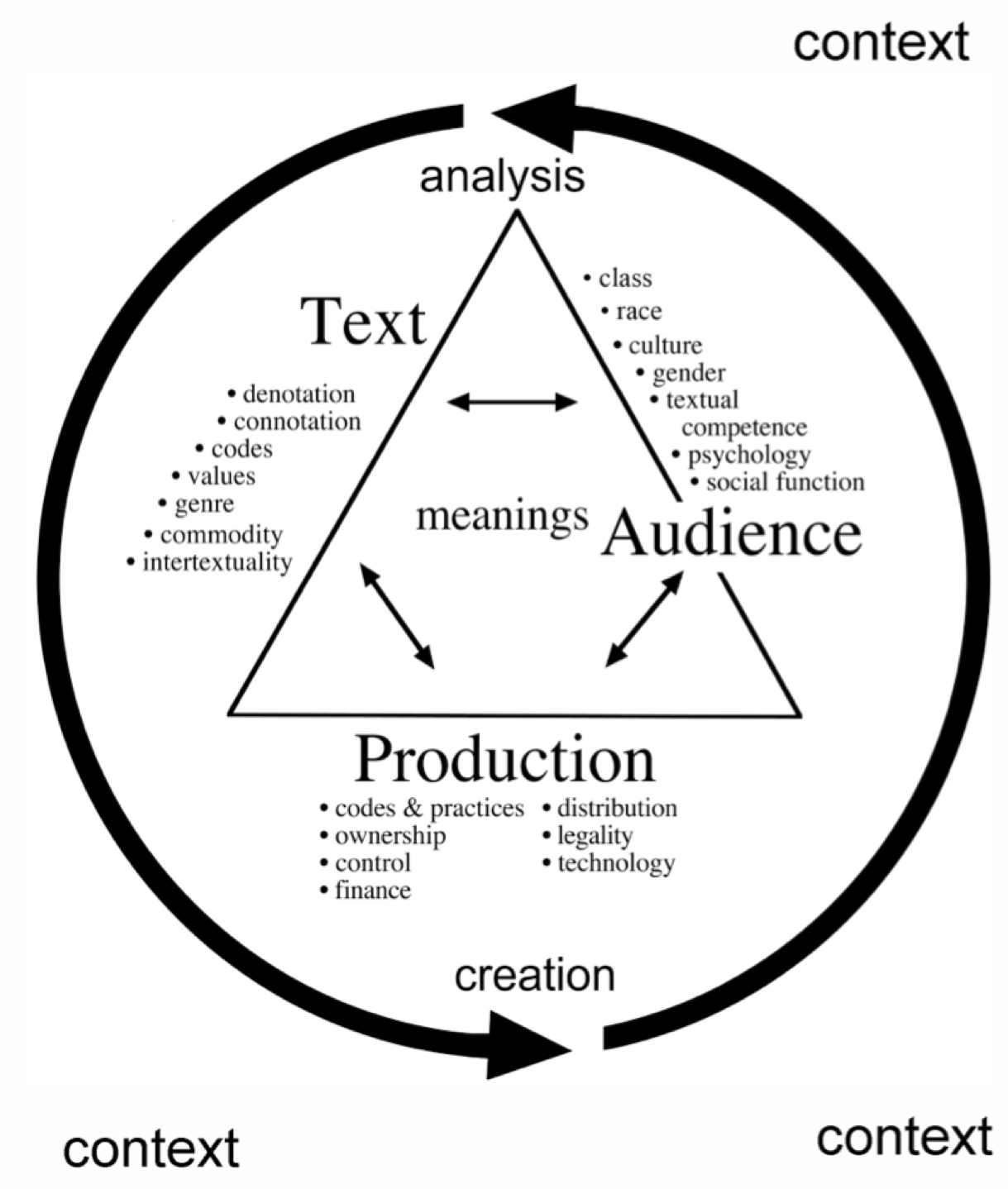 Please select from among the following media studies concepts:

A major consideration is that of address, meaning which audiences the texts (video and performance) are communicating with, intentionally or unintentionally. In other words, who is the intended audience (for each) and what meaning might they be making? But also, who might be the unintended/incidental audiences and what meaning might they be making? Obvious intended audience members would be Beyoncé fans. These might be most of the people who sought and found the video. But there were over 110 million Superbowl viewers—both American and foreign—and many might not be Beyoncé’s fans, yet would also make meanings from the half-time show*. Their meaning-making would be influenced by their prior knowledge and their worldview. 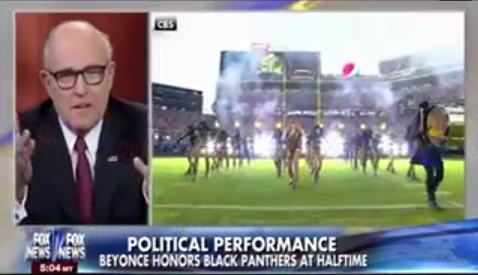 Fox news invited Rudy Giuliani to respond to Beyoncé’s Superbowl performance. “I thought it was outrageous that she used it as a platform to attack police officers.”  Bill Maher convened a panel on which rapper Killer Mike explained who the intended audience was and what the intended message might have been. “White people, you are not part of this conversation.” Maris Jones—a Black Girl Dangerous blogger—complained that Beyoncé has inappropriately co-opted New Orleans’ Black residents’ Katrina PTSD experience.
Listen to/read these texts, describe and assess their different awarenesses of African-American history, different world views and different understandings. Are they all talking about the video, or are some talking about the video while others are responding to the halftime performance?

Useful questions from the audience side of the triangle might include:

What are the values most often promoted by FoxNews?
Why might FoxNews have asked Rudy Giuliani, a retired attorney and NYC mayor, to comment on a Superbowl halftime musical act?
How might Rudy Giuliani’s responses be predictable, considering his past and FoxNews’ values?
Which American audience’s worldview might Rudy Giuliani be representing?
What are the values most often promoted by Bill Maher?
Why might Bill Maher have asked Killer Mike to comment on a musical act?
What useful information does Killer Mike provide?
How are Killer Mike’s comments political (or are they not political)?
Which American audience’s worldview might Killer Mike’s comments be representing?
What is the reason for Maris Jones’ objections to Formation?
What is Ms. Jones’ worldview? (Explore her other blog posts.)
Based on your explorations and analyses of the 3 comments, characterize the audiences that each is most likely attracting.

The picture quality in the parking lot scene is very different from the images in the rest of the video. How is it different from the other scenes? (The pictorial quality is relatively degraded, as though recorded on older analogue video tape. Analogue scan lines are clearly visible, and bright areas flare.) Is this scene archival video from Beyoncé’s past, or might it have been tweaked to look that way? What clues help you answer that question? Why might the director want this scene to appear older than the others? How might making it look older influence audiences’ interpretations?

We see a New Orleans police cruiser—with Beyoncé on top of it—gradually sink into flood waters at various points in the video. What symbolic meaning might people make from this sinking cruiser? What might be the significance of Beyoncé being on top of—and sinking with—the cruiser?

Beyoncé’s costumes and hair change many times in the Formation video. List the different costumes and hair styles. Imagine how they might be influencing audiences’ meaning-making.  What might she be trying to represent with her clothing and hairstyles? 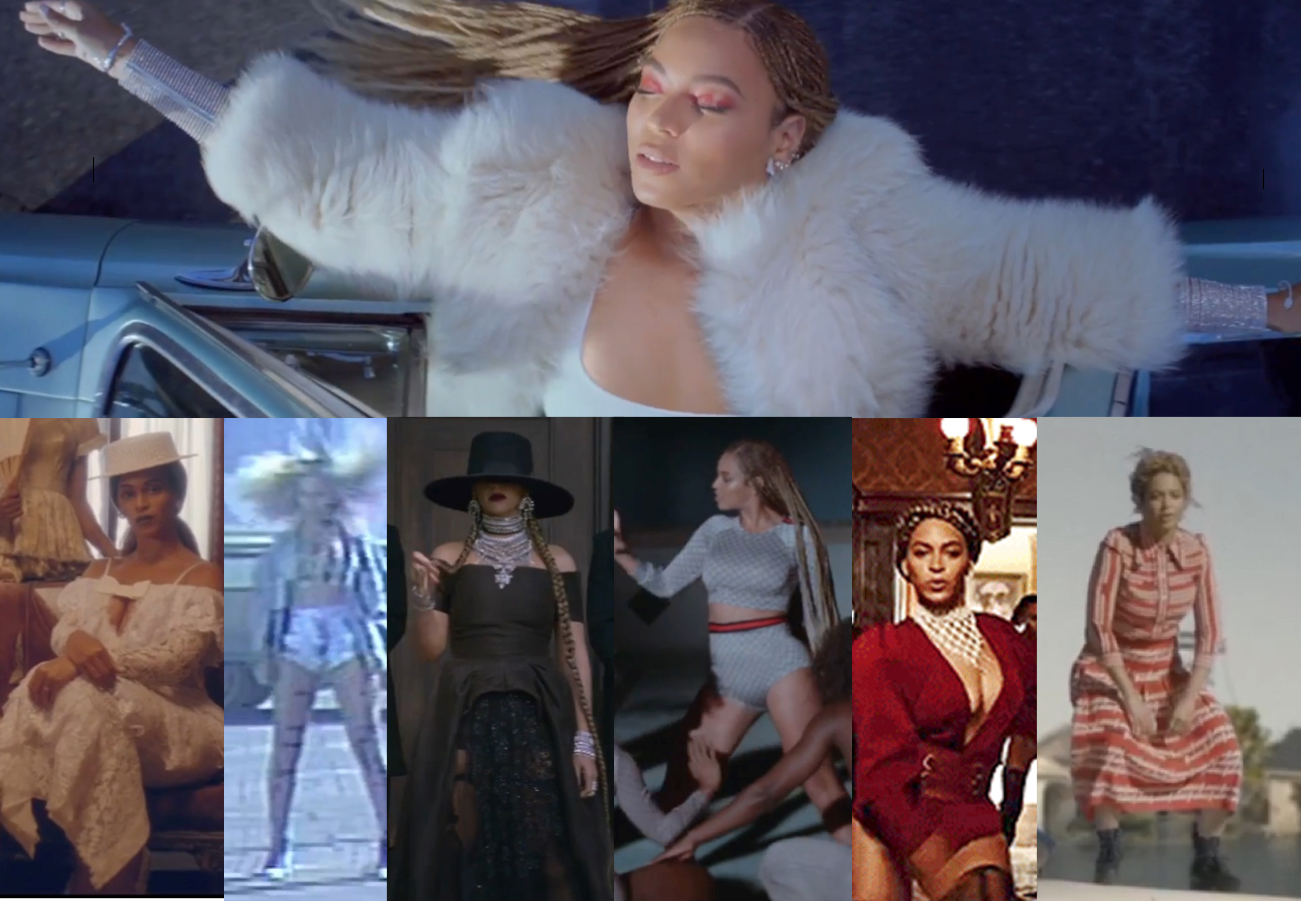 We see a boy dancing in front of a line of armoured police. He raises his hands and the police raise their hands. We also see graffiti that says, “stop shooting us.” What might be the meaning(s) of this scene? This scene has been commented upon by many pundits. What have they said? Why might this scene be contentious? What previous events might it be referencing? 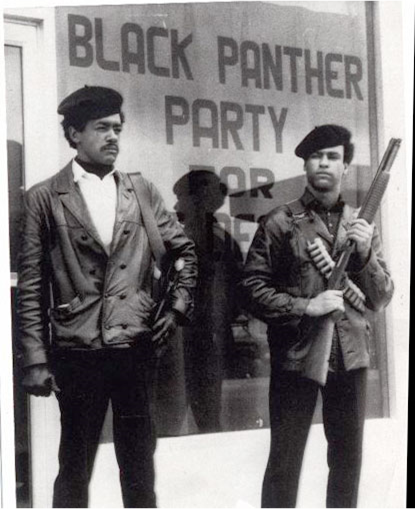 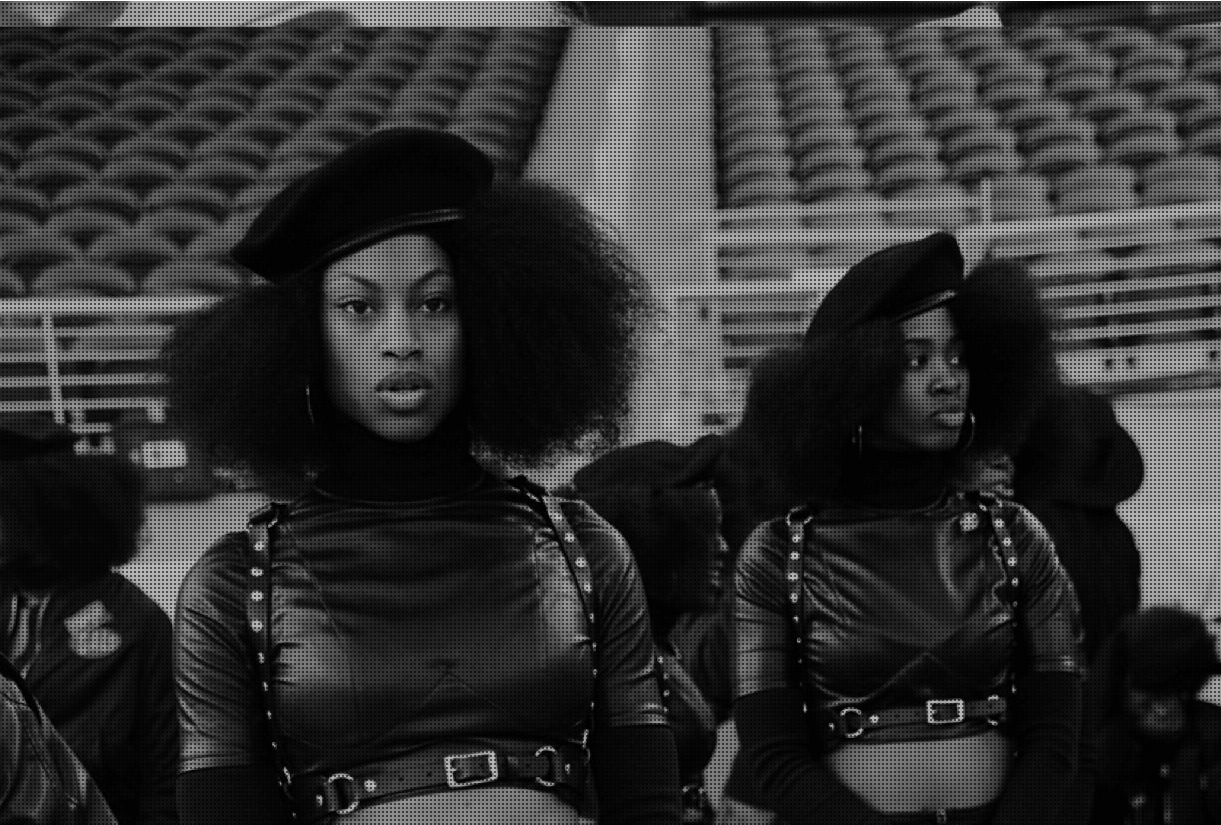 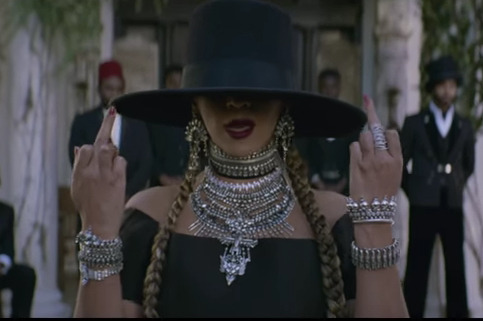 The explicit lyric is, “When he f*ck me good I take his ass to Red Lobster.” The line might have avoided the explicit label by substituting ‘f*ck’ with ‘love,’ ‘sex,’ ‘hump,’ poke,’ etc. How might this change the song? Would it weaken its message? Might it change its audience address? Might she have WANTED to change the video’s classification? Does anything else cross the line into ‘explicit lyrics?’

Does Formation have hit qualities? What are they? Compare Formation’s musical qualities to the musical qualities of other Beyoncé hits (Irreplaceable, Baby Boy,  Crazy In Love , Check On It, Single Ladies (Put A Ring On It)). Do you think that Formation ‘has legs,’ i.e., does it have musical qualities that will have people singing it to themselves, performing their own version or placing it on Beyoncé’s hit list?

Beyoncé as a business person

Beyoncé not only co-wrote Formation, she produced and distributed the video through her production company, Parkwood Productions. She also sells Formation-inspired clothing through her website. How effectively do the clothing designs reflect the ideas in the video? What additional designs would you use?
How is Beyoncé modeling effective business practices for other artists? 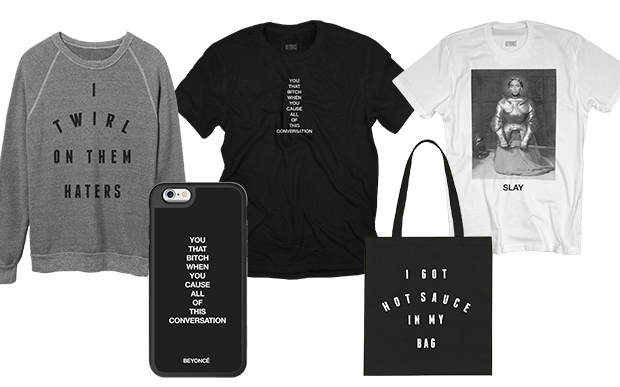 Some police organizations have urged a boycott of the Formation World Tour concerts in response to the song’s and video’s criticisms of police actions. (Miami police to boycott Beyoncé concert over controversial Super Bowl performance, Police union calls for law enforcement labor to boycott Beyonce’s world tour,  Tampa Police Are Refusing to Work at a Beyoncé Concert for Her “Anti-Police” Performance)
Do you think boycotting is an appropriate police response? Does boycotting the concerts honour the US First Amendment (free speech)?  Is such a boycott legal? Could a boycott prevent Beyoncé from performing in boycotted cities? What alternative security support might Beyoncé access?

Genius.com posted Formation lyrics that present annotations (commentary) beside blocks of lines. Read the lyrics and the annotations (click on any line to see its annotations). Do you agree with all of the comments? Which annotations could be misinterpretations, incomplete or better written?

You know you that bitch when you cause all this conversation.

Dear Beyoncé, Katrina is Not Your Story  Maris Jones (http://www.blackgirldangerous.org/2016/02/dear-beyonce-katrina-is-not-your-story/)

My (Apparently) Obligatory Response to ‘Formation’: In List Form http://radfag.com/2016/02/10/my-apparently-obligatory-response-to-formation-in-list-form/

Q Panel discussion on CBC radio http://www.cbc.ca/player/play/2683457596
We Slay, Part I
In formation: how Beyoncé, Rihanna and Missy Elliott are disrupting the establishment 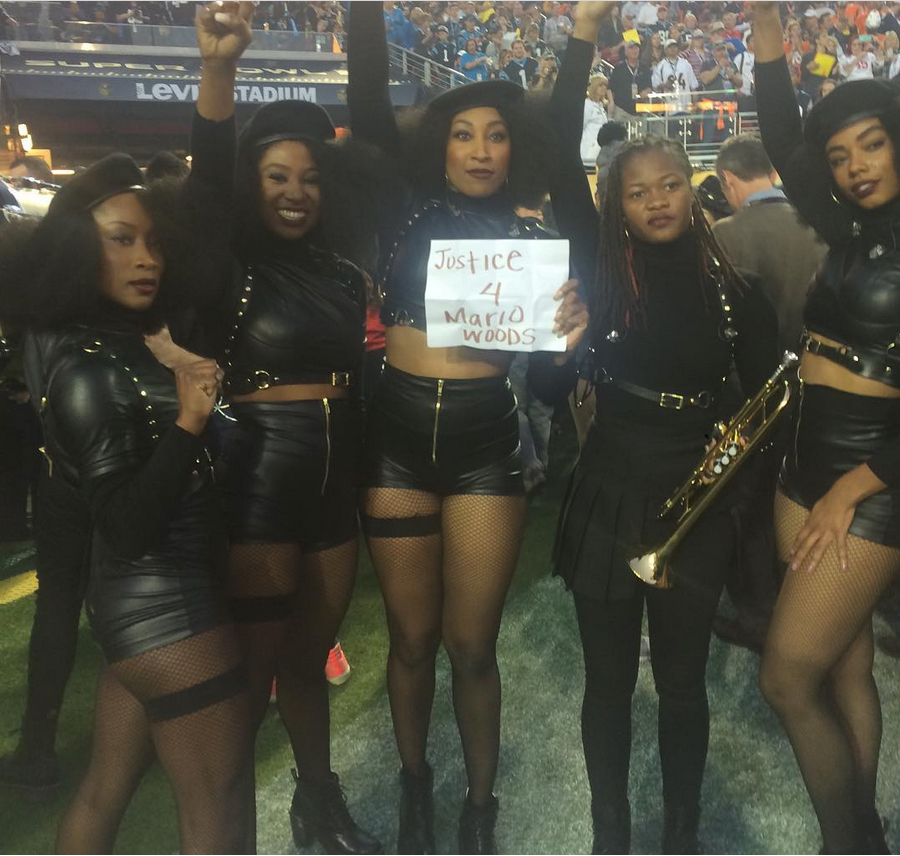 (These lesson ideas can be adapted to both Senior Elementary and Secondary classrooms – ed.)

“World War III is a guerrilla information war with no division between military and civilian participation.”
Marshall McLuhan

Why is this good news for all athletes?

How much do you trust Amazon products?
Are they CSA approved?

Join the AML newsletter and get automatic updates on the AQ and all our news!