A Tale of Two Audiences

Many people are concerned about the ramifications of a Donald Trump presidency. What was once considered a laughable long shot by a TV celebrity has become serious politics. Talk show hosts have stopped joking as the candidate has himself committed serial gaffes that outstrip writers’ imaginations.

Yet the campaign juggernauts onward.

The Boston Globe—that same newspaper championed in the Oscar-winning Spotlight—has posted an imagined front page that it presents as a possible projection of the future. It describes the state of the union in a Trumped America. 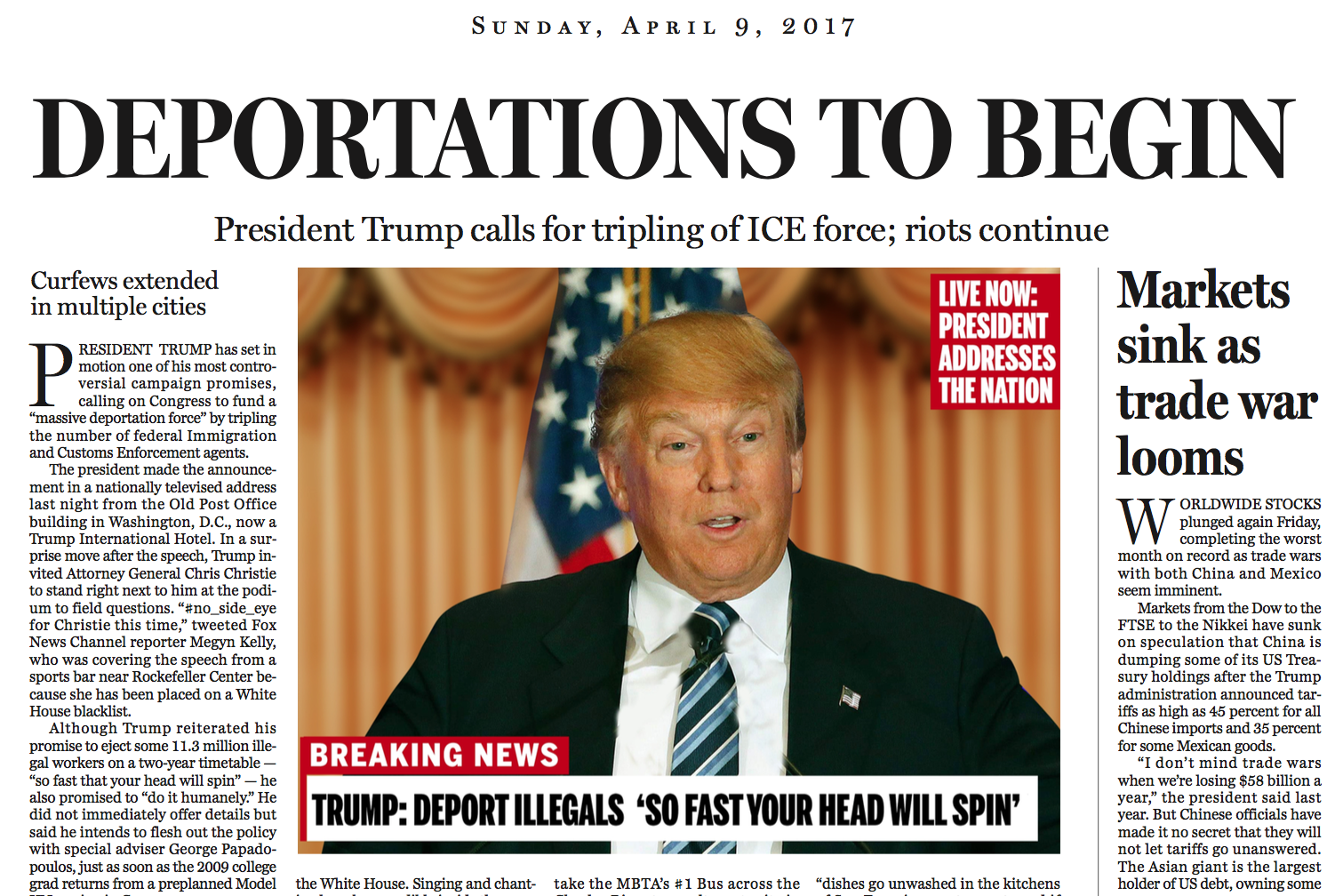 And just in case readers might misconstrue the message, it has added a very direct editorial explaining precisely why a Trump victory would be trouble.

What is compelling about these texts is what different audiences might make of them and how The Globe has tried to control the message.

Will some readers be alarmed by this possible projection of the future and actively work to prevent it?

Might some readers see the predicted events as positive actions, and be motivated to support Trump?

Has The Globe indicated—by the straight-shooting editorial—that it realizes there are two ways to interpret the imagined front page (“OMG No!” or “Right On!”), and is afraid that some people might favour the prospect?

Might this pretend front page help elect Trump if read by those voters who favour his ideology as much or more than it denounces him to those who disapprove?

And why would the imagined front page look like a newspaper rather than a website? Does the message risk being misunderstood because it is following the codes and conventions of a paper representation rather than an online representation? Who reads their news on paper anymore? Would they even recognize it as a newspaper? Here is what The Boston Globe website looks like: 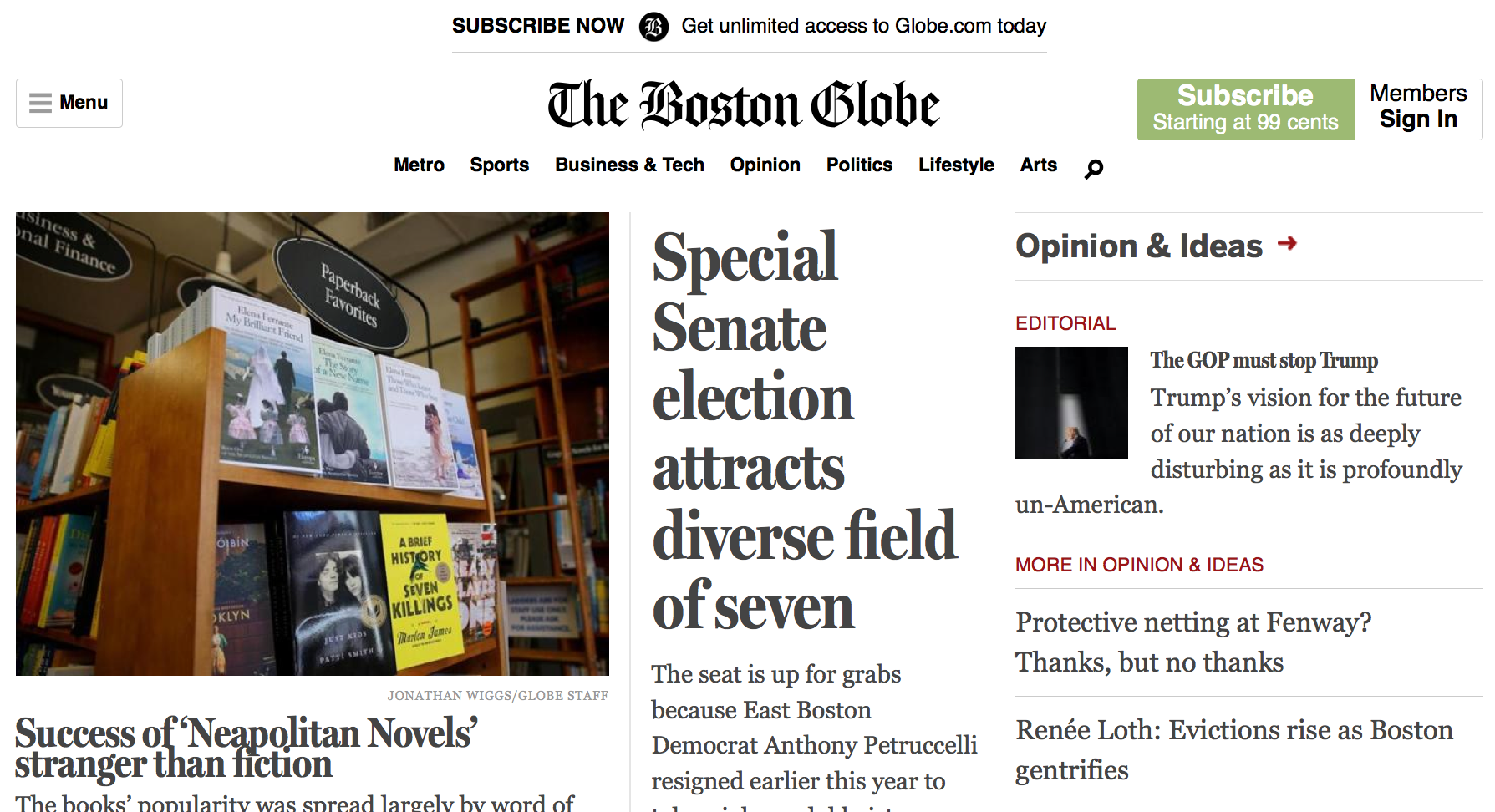 Why not use this online design for an imagined news article?

The editorial ends with, “It is better to lose with principle than to accept a dangerous deal from a demagogue.”

Which audience will understand this statement?

Which audience will agree with it?

(The ideas in this post are most appropriate to the Secondary classroom. – ed.)