Can an ad concept be copyrighted?

(Note: some material below is no longer available online. However, the ideas are still useful and can be applied to other texts – ed.)

This ‘text of the month’ is two texts, both using the same narrative engine to make the same point: using phones while driving is very dangerous. 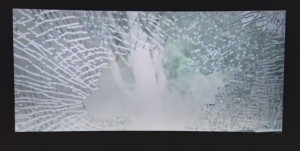 A Belgian ad agency is accusing a Chinese ad agency of intellectual property theft, or plagiarism. Happiness Brussels produced an ad that creates a simulated driving and distraction experience designed as a PSA to discourage people from using devices while driving. Watch here.

A Hong Kong agency created a similar ad experience for the same PSA purpose. The Hong Kong ad has had about 25M views. And that is where the Belgian company feels violated. It claims that it has copyrighted the story mechanism wherein an accident occurs when people take their eyes off the simulated road to answer their real phones. The Belgian company thinks that the Hong Kong company should pay them for the use of the mechanism.

Watch the two ads: Belgian original; Hong Kong remix. Consider how each ad uses the cell phone call to distract the viewers, then represents an accident in the simulated driving experience.

If you were the Belgian company, what case would you make to prove that your intellectual property had been stolen?

If you were the Hong Kong company, what argument would you make the prove that your ad did NOT steal anyone’s intellectual property?

If you were the judge in this case, what judgment would you make?  Why?

Would the same legal issues apply to the Ford and Cadillac ads in this post?