How are the Crop Top Protests a clash of contexts?

Students have protested school clothing rules and sanctions, mostly involving the appropriateness of bare midriffs. The incidents have involved definitions of female rather than male attire. Students have been asked to avoid specific clothing because the schools deem it inappropriate for the school environment. ‘Inappropriate’ seems to mean that the clothing reveals too much or too sexual a portion of a woman’s body, which may distract other students from concentrating on their learning. The incidents have become a part of the news cycle, inviting comments and analysis from reporters, pundits and citizens at large.

These incidents provide great opportunities for discussion and analysis, especially involving purposes, audiences, values and contexts. Students and teachers are welcome to select from and discuss the following questions as they work to make meaning from the events and the news media reports that surround them. 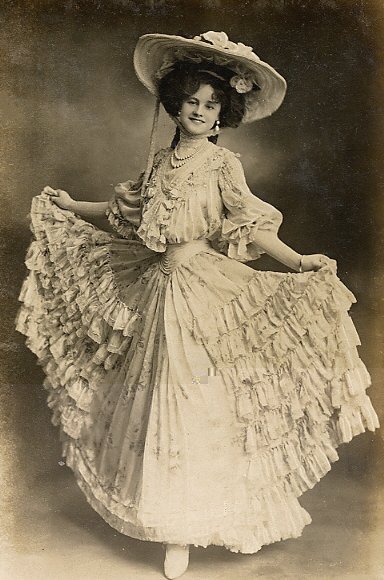 What are the functions of clothing beyond protection and modesty?

How might clothing signal the values and personality of the wearer?

Why do we wear specific clothing at these events?

What are some purposes of schooling? (e.g., regarding subject and social knowledge as well as knowledge of our own strengths, weaknesses and preferences as students)

What are some purposes of schools? (e.g., what opportunities and protections should they provide?)

What are teachers’ responsibilities to students? (e.g., support, setting examples, being surrogate parents and advising students)

What are principals’ responsibilities to students? (e.g., caretaking the building, environment, safety and atmosphere)

What are students’ responsibilities to one another? (e.g., in support of each others’ learning, safety and social development)

Do students owe it to others not to distract them from their learning? (e.g., social actions such as classroom behaviours, discussions, talk, bullying)

In what ways might school life be a rehearsal for work life?

In what ways might school be the students’ workplace?

Should students have a say in school dress codes?

Do employees have a say in workplace dress codes? 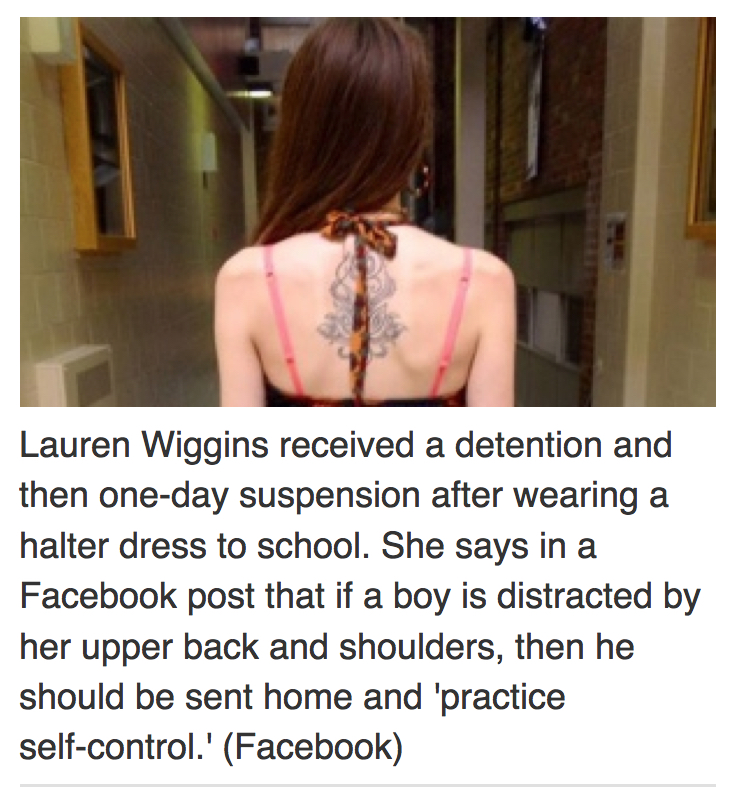 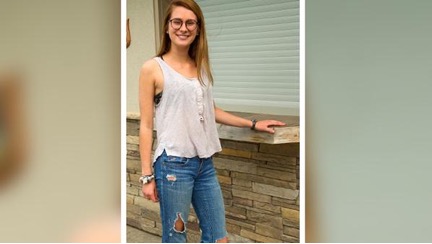 Outraged for being sent home to change, Windsor student Laura Anderson said, “I have the right as an individual to wear what makes me feel comfortable.”

Can female students dress comfortably without revealing body parts? Should they?

Why might some clothing be considered inappropriate for the school environment?

What clothing would be considered inappropriate in your school? Why?

Do school uniforms solve the problem of distracting students from their learning? Why? 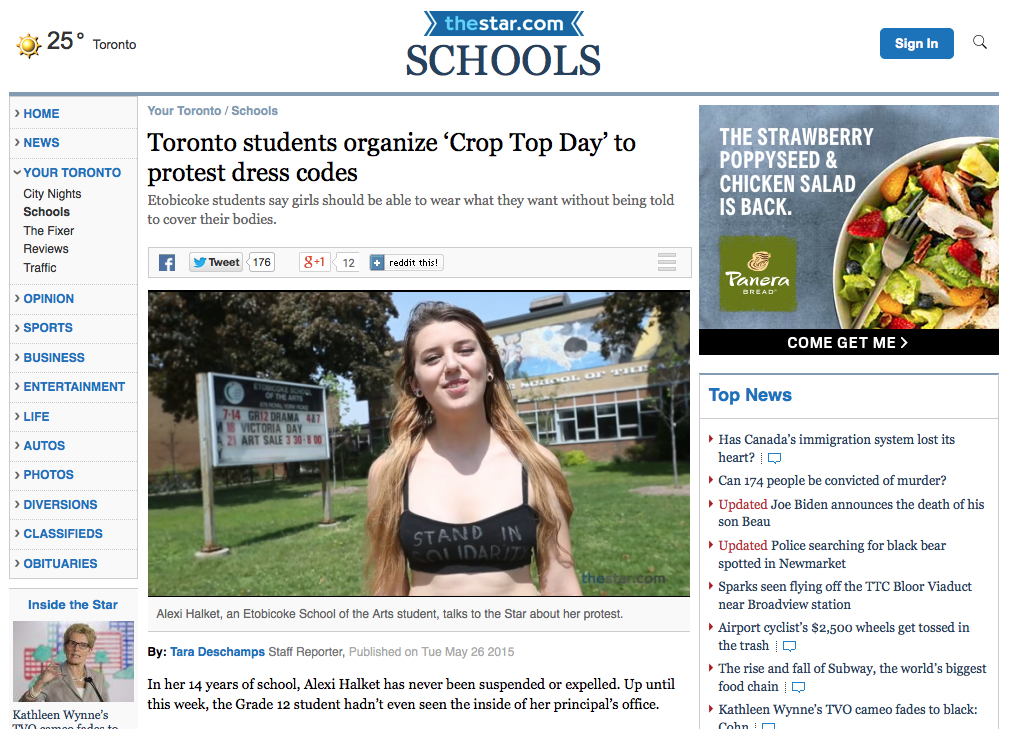 When Alexi Halket was asked to change her clothes, she protested, using Facebook and Twitter to recruit supporters for her protest. Not only did she gain the support of hundreds of fellow students, she gained the attention of national and international news outlets (see below).

If you were a school principal, how might students’ potential uses of Facebook and Twitter influence the ways that you formulated or enforced school dress policies? 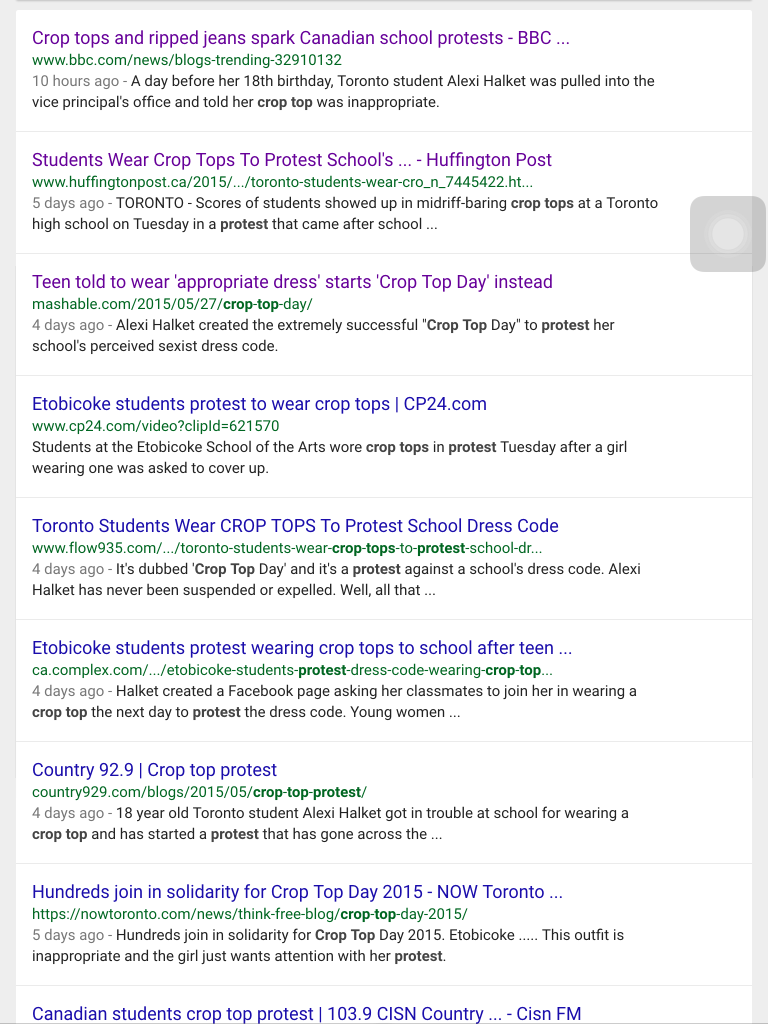 Why are student protests of clothing rules newsworthy? (e.g., why might news editors think that their viewers/listeners/readers care that some people are sent home from school for their clothing choices?)

Rosie Dimanno, Toronto Star columnist, writes, “Really, it’s a dog-days-of-summer story in late springtime, tempest in an A-cup, with the warm weather finally here and a bunch of girls snapping their ideological bra-straps in youthful assertion. Cute but trifling.”

If the crop top protest is “Cute but trifling,” why might the Toronto Star and Ms. Dimanno devote a column to it?

What attitude towards students protesting school dress codes does the statement, “a bunch of girls snapping their ideological bra-straps in youthful assertion” tell us about Ms. Dimanno’s point of view?

Is the crop top protest more than “Cute but trifling?”

Why do school clothing rules and sanctions involve female more than male students?

Might there be a connection between the recent school actions and the fact that Canadian women earn approximately 75% of what Canadian males earn for the same work?

Many people have written letters to the editor about this issue. Why would they care about this issue if they are past school age and do not know any of the people involved in the confrontations? I.e., why might they think that this is their business rather than the business of the students and school administrations?

Why would they think that anyone cares what they think about the issue?

Why would a newspaper publish their letters? 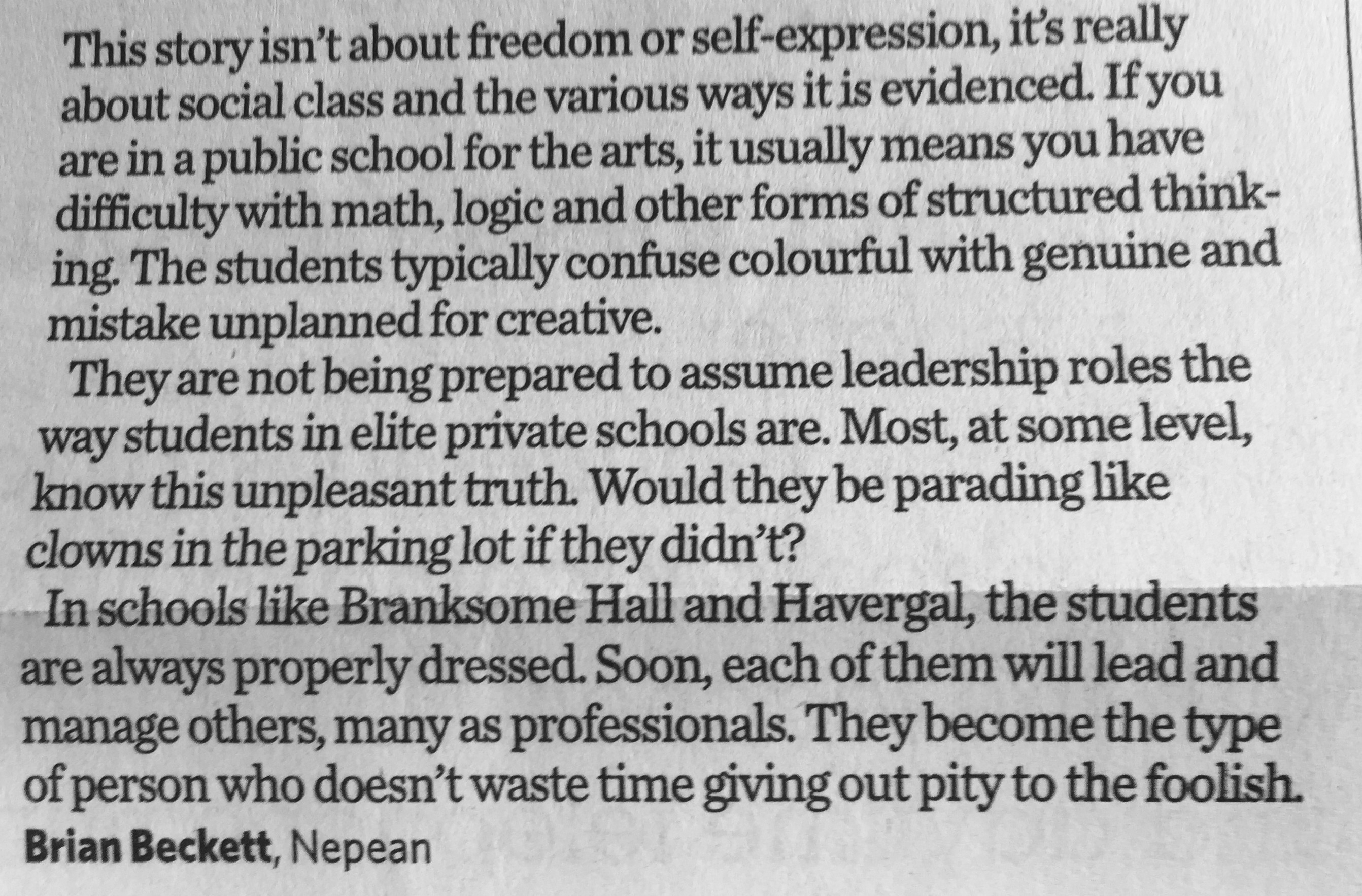 Might the judgments of crop top wearers made in Mr. Beckett’s letter be made by many people?

Might the judgments of crop top wearers made in Mr. Beckett’s letter be made by admissions officers or employers?

In another letter to the Toronto Star editor, Al MacNeil suggests that crop tops are appropriate in some places but not others, and that protesting should be reserved for more important issues. 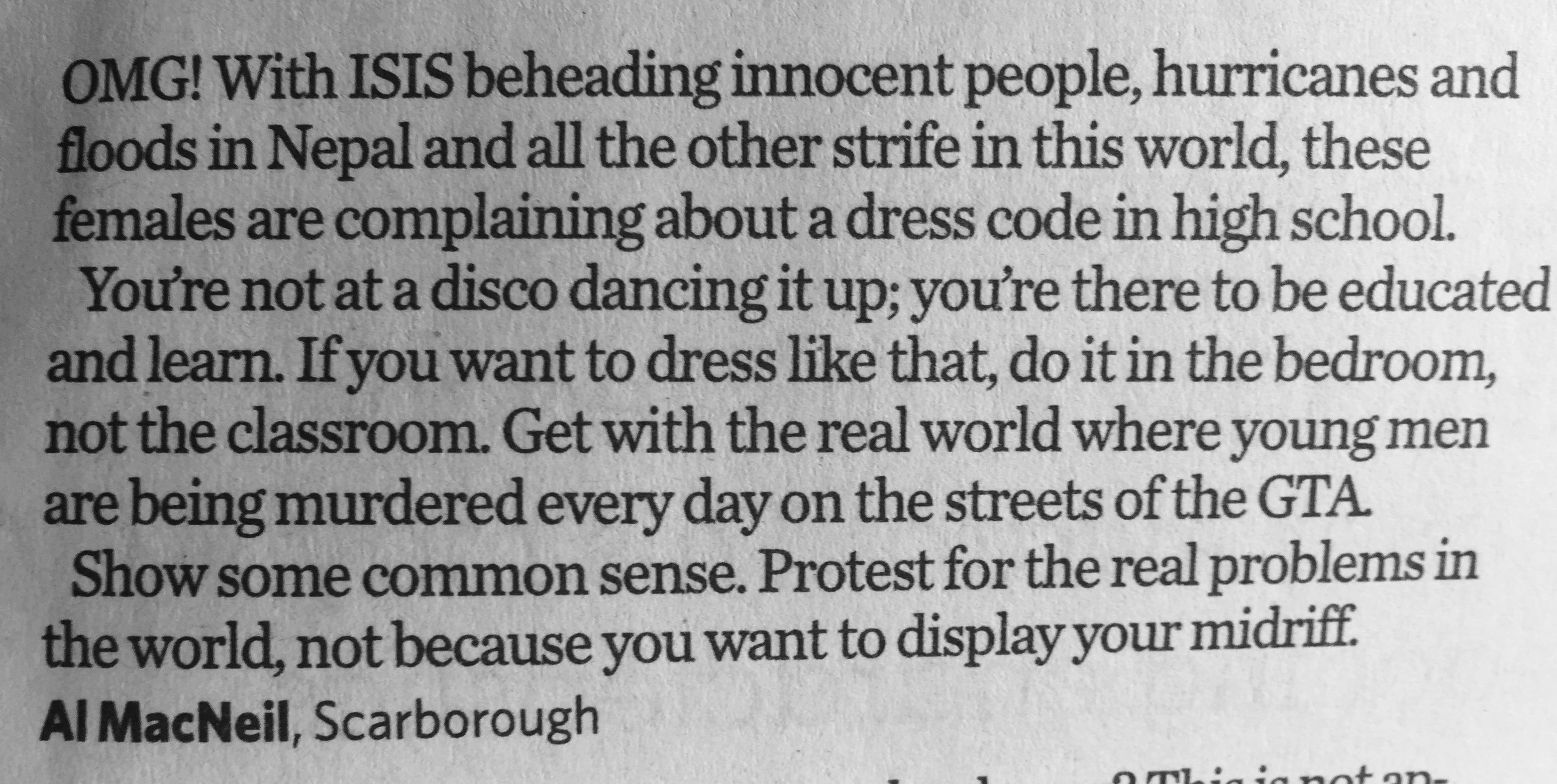 Is a school dress code a trivial issue, or is it part of a larger social issue?

Why might teachers and principals—and Canadian society—be more concerned about female dress than they are about male dress?

Why might these issues involve teens’ clothing more than adults’ clothing?

Might school rules and sanctions about crop tops and torn jeans sexualize women’s midriffs and thighs (as the Victorians sexualized references to chicken ‘breasts’ and ‘thighs’)?

What do you think?

Why might some people think that these protests of school dress codes are silly?

Why might some people think that these protests are exactly what school and learning are about?

(These ideas apply to both Elementary and Secondary classrooms – ed.)