How might this repugnant misogynist statement connect with the ice bucket challenge? 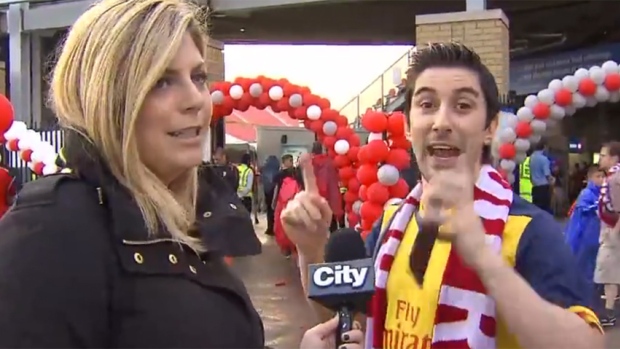 CityTV reporter Shauna Hunt confronted a group of soccer fans who were planning to shout ‘F*ck Her Right In The P*ssy’ into her microphone as she conducted fan interviews. She has had similar experiences in the past and was fed up, so decided to confront rather than ignore the perpetrators. The fans staunchly defended their actions. Two were later identified. One was fired for violating his company’s code of conduct, even though his comments were made during non-working hours. The news report went viral (almost 3 million views on Youtube) and sparked reactions in mainstream media as well as numerous Youtube comments, tweets and blogs, including this one. See the original confrontation here.

Jim Coyle’s Toronto Star column offered four possible explanations—not excuses he was quick to add—for the soccer fans’ behaviors. Each is a telling example of context. And while he described them individually, he may have intended that they worked in combination to produce the behaviors.

His first explanation was that testosterone, the male hormone, had caused the men to feel and behave misogynistically. His second was that the context of a parking lot full of rabid soccer fans had influenced the actions. His third was that alcohol had reduced their abilities or attempts to self-censor. His fourth was that peer pressure encouraged otherwise uncharacteristic behaviours.

Which of these contextual factors, individually or taken together, can be reasonably accepted as reasons for complete strangers to shout ‘F*ck Her Right In The P*ssy’ into a reporter’s microphone?

Which reasons might help us understand why Shawn Simoes would claim that he—and his mother—would find such behavior ‘hilarious?’ (“It is f*cking-hilarious … it’s f*cking amazing, and I respect it.”)

If FHRITP is a misogynist statement, why would people shout it into the microphones of male reporters as well as female reporters?

If FHRITP has been occurring for many months, why has it just recently hit the public radar?

Why would the compilation videos garner so many views?

And finally, why would the subhead of this post suggest a connection between #FHRITP and the icebox challenge?

So many questions, and almost none addressed by mainstream news media, which can’t seem to see beyond the misogyny. Perhaps some media literacy can shed more light on the topic.

FHRITP was begun by John Cain. He had innovated other memes in hopes of getting WWW traction, but FHRITP has been his most successful effort. Cain posed as a reporter filing an on-location video news report about a missing woman, claiming that he would FHRITP if and when she was found.

Gradually, other people repeated the action, and the meme grew.

Cain now runs www.FHRITP.com which hosts compilation videos of people videobombing reporters during live location reports, photos of Fred the FHRITP mascot, and sells a range of #FHRITP products, including T-shirts and mugs. 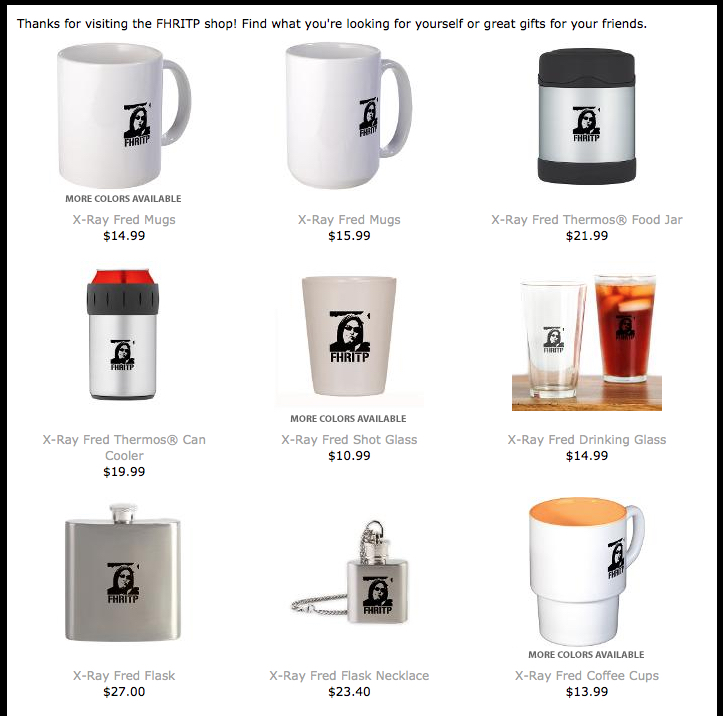 Cain also maintains a FHRITP Youtube channel that links viewers to www.FHRITP.com. In other words, the FHRITP Youtube channel and the www.FHRITP.com website work together to make money. How much money? According to Vinay Menon, “…I can say that with the ‘f— her right in the p—-’ videos, I was completely able to get out of debt, buy a new car, buy a home and relocate to Orlando, Florida, and still have money left over. It was like winning a small lottery.”

‘F*ck Her Right In The P*ssy’ is a silly, immature statement, not unlike ‘The Barenaked Ladies,’ a name carefully chosen by the veteran Canadian band to communicate their ideological POV of childish innocence and sense of fun. In other words, ‘F*ck Her Right In The P*ssy’ is a childishly brash attention-getting statement, not unlike a 6-year-old shouting ‘Bum bum!’ in a room full of adult relatives. [Shock value was] “what I was going for,” Cain, 34, told Vinay Menon. “It was 100 per cent fake. And I didn’t think anything of the ‘f— her right in the p—-’ thing.” (Ironically, the (The) Barenaked Ladies’ name got them banned from a new year’s concert by Toronto’s mayor, who found the name offensive.) 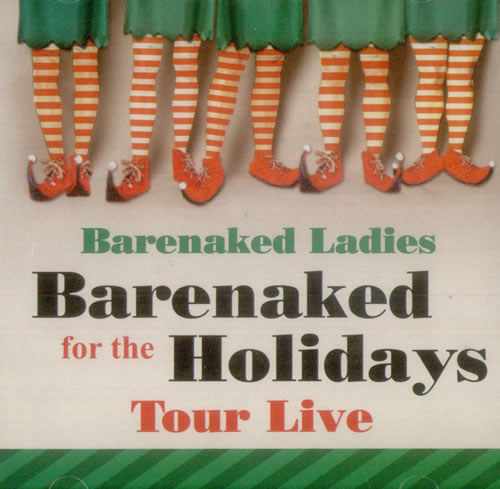 The disruptions have occurred during location news reports. This means that crews (often just a camera-person and a reporter) have co-opted public space (parking lots, sidewalks, etc.) and used them as pop-up video studios. Their expectations are that people will 1. respect the crews’ redefinitions of the public space as a temporary video studio—including television-appropriate language— and, 2. play the roles of interviewees when asked.

The perpetrators of FHRITP are mostly young males, people who often find anti-establishment activities exciting. Some young women have also disrupted the news crews. These people clearly are not willing to enter into the news crews’ implied contract of respecting their space and role. Their actions intentionally disrupt the news crews’ conventions. Their use of clearly outrageous and inappropriate television language says that they don’t respect the boundaries and want to disrupt news reporting. 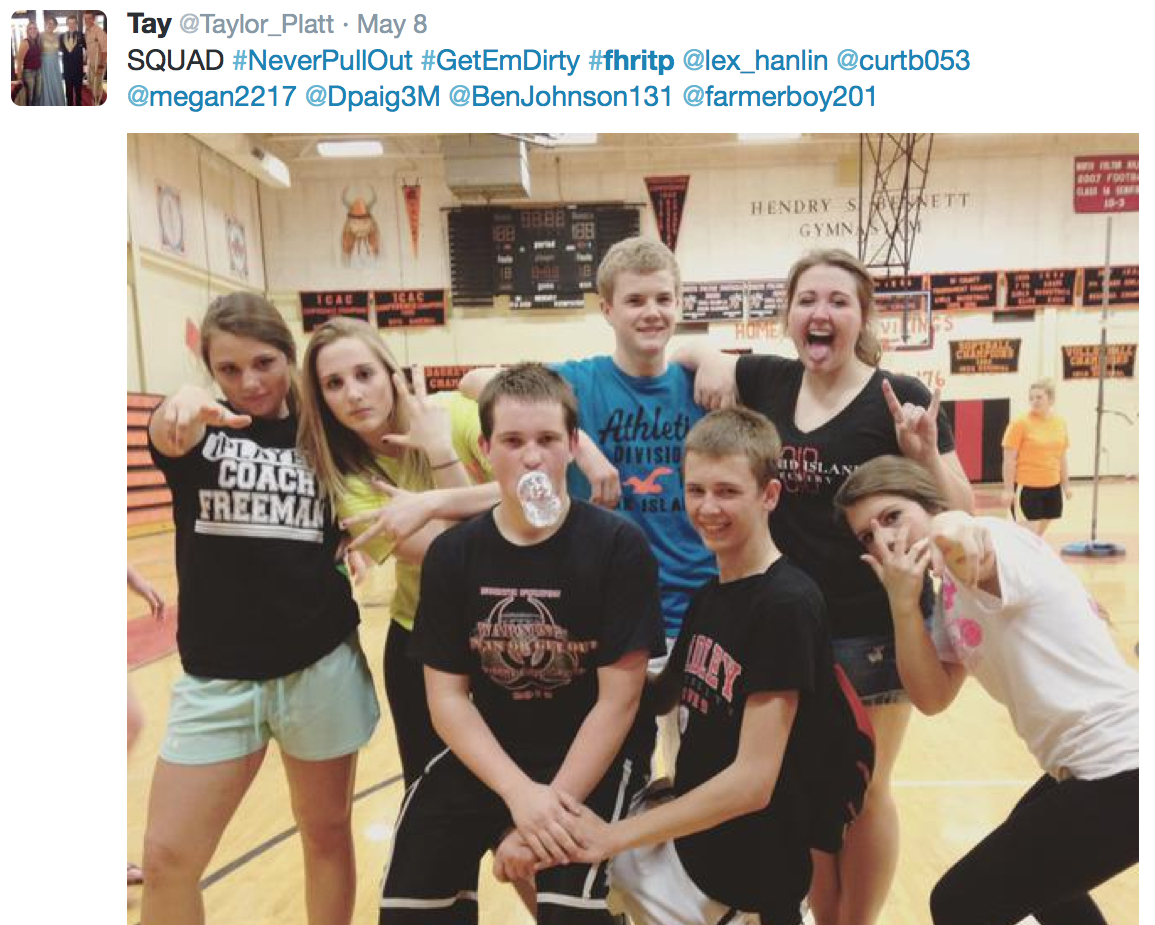 As repugnant as FHRITP is, its misogynist content is less important to the perpetrators than the fact that it is disruptive. In other words, ANY highly-disruptive statement would serve a disruptive, attention-getting purpose as long as it had a powerful anti-establishment emotional impact. Misogyny fits the bill nicely, but misogyny is not really important to the perpetrators—disruption is. The repugnance of the misogyny, however, might help to explain why people are distracted from seeing the bigger picture.

FHRITP connects to the ice bucket challenge. How, you wonder, can a relatively harmless—and silly —self-inflicted chilling intended to raise money for ALS connect to FHRITP? Because of social media’s attention economy. Most people who ice-doused themselves challenged others, making it a social activity that encouraged others to share. They didn’t douse themselves in private, but on video with as large an audience as possible. Each person who doused joined an informal club—the dousees—who could claim the fame. It was as much about the social caché as it was about the ALS. In fact, the charity leveraged the social caché—getting celebrities to douse themselves—to gain contributions from non-celebs. 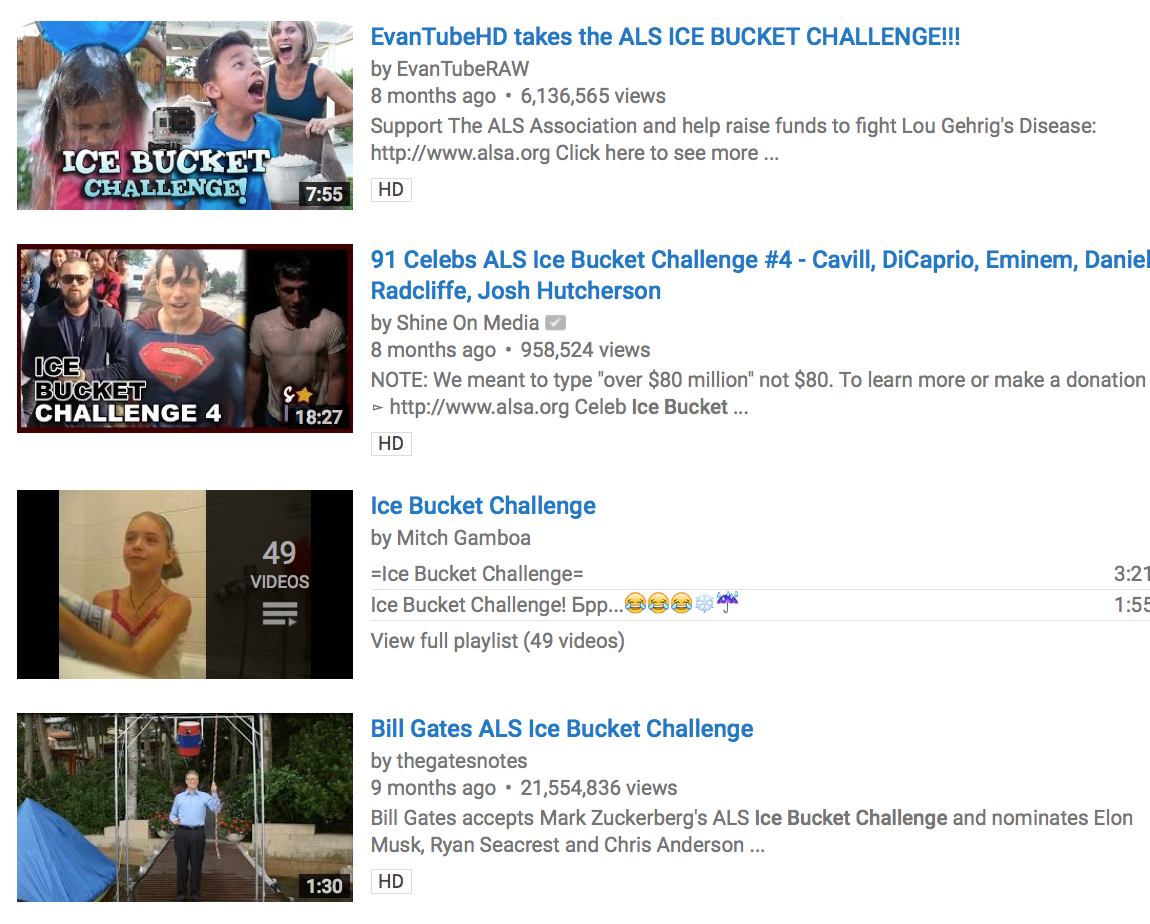 People who disrupt location reporters by shouting FHRITP also join a club and gain status. They proclaim their anti-establishment stance by invading the news crews’ invisible boundaries and breaking the not-appropriate-for-TV language convention. They have status when they end up in a Youtube compilation, to which they might link on their Facebook page. They also join a club that cavalierly espouses misogyny. And the compilation will draw attention to John Cain’s Youtube channel and website, increasing his income.

Many other news crews edited the disruptions out of their reports, but CityTV reporter Shauna Hunt broke the disrupter-reporter cycle when she refused to ignore FHRITP. She also broke reporters’ unwritten rule not to become the story. By confronting Shawn Simoes and the other men, she and FHRITP BECAME the story. When FHRITP became the story, other reporters and pundits could see it well enough to report and editorialize it. Curiously, they rarely got beyond the misogyny in their analyses.

And the fact that ‘F*ck Her Right In The P*ssy’ is a misogynist statement exploited by anti-establishment attention-getters who ignore or fail to consider its real meaning is also significant. Demoting the statement to mere shock value demeans the women that it insults. It is doubly insulting. That Shawn Simoes would claim that his mother would find FHRITP ‘hilarious’ is puzzling, if not a mindless or insulting judgment of his mother. It is entirely possible that the misogyny in FHRITP was invisible to him until he was fired. Yet he was not fired for planning to disrupt a reporter, but for defending a misogynist statement.

Public shaming in the court of WWW

Many people have commented on Shawn Simoes’ firing by Hydro One. (See this NOW open letter and hear CBC’s The Current discussion.) Some are completely comfortable with the company’s actions, others say that it was either an over-reaction or inappropriate action. Hydro One’s actions clearly indicate that its employees are expected to obey its code of conduct 24/7, and that there is zero tolerance. The actions suggest that, for Shawn Simoes and others, there is no such thing as off-duty. The fact that prospective employers and admissions officers regularly base decisions on applicants’ tweets, blog posts and Facebook pages is further evidence that we represent ourselves both on- and off-stage continuously. MLSE have also moved to ban Simoes and others from future TFC events. A FHRITP heckler has been charged with stunting under the Traffic Safety Act in Calgary. Right or wrong, this is life in the mediated world and a lesson well learned.

What might media literate people learn from these complex actions and reactions?

Do you think that Shawn Simoes considered that his comments made in a stadium parking lot among friends might unwittingly add to John Cain’s profits?

…that a recording of his comments would garner millions of Youtube views?

…that the millions of views would add to Youtube’s/Google’s profits?

…that thousands of people would discuss, report and editorialize on the recording?

…that defending a misogynist statement as ‘hilarious’ sends the message that misogyny is OK? (See Taylor Platt’s Tweet above)

…that he would have to face his mother after saying that she would ‘die laughing eventually?’

…that his comments violated his employer’s code of conduct?

…that, for the immediate future at least, he will be identified as the-guy-who-got-fired-for-defending-FHRITP?

The FHRITP actions and reactions have provided a great range of media literacy learning opportunities. May they make us all wiser. 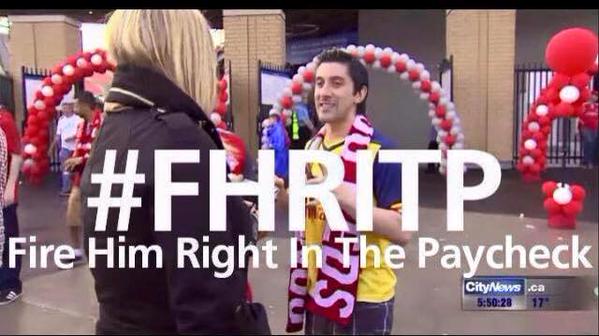