Canadaland is a Toronto-based podcast created by Jesse Brown, a journalist who is pioneering the next evolution of Canadian journalism by living it. Mr. Brown’s greatest claim to fame is that he broke the Jian-Ghomeshi-violent-sex story with the Toronto Star, but his journalism and achievements extend beyond that.

Canadaland is documenting journalism’s evolution during the crash of newspapers and the traditional news model. Canadaland has itself become a response to the crash by using a user-pay model run through Patreon. 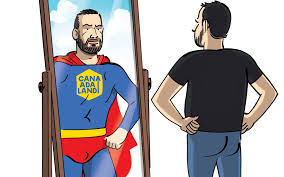 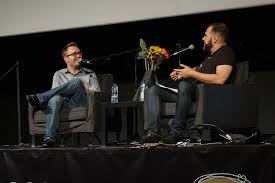 What I have found most compelling is Jesse Brown’s ability to talk about difficult topics without getting carried away with emotion, outrage or angst. In one podcast, he has an extended conversation with his “harshest critic,” yet the exchange is civil, honest and revealing. In another, he converses constructively with a conservative columnist he has criticized strongly. In a time of polarization, where some opponents are not just intolerant but homicidal, it is great modelling to listen to someone who can hold a civil conversation on opposing viewpoints. Such modelling is sorely needed.

Canadaland is an essential part of Canada’s culture because it helps us be self-aware and thoughtful.

Some of the podcasts I have enjoyed include:

The CANADALAND Investigation Of The Kielburgers’ WE Movement

Investigation of the Kielburgers’ We Movement

An Interview with My Harshest Critic

When Global News Killed a Documentary About the Koch Brothers

When Global News Killed a Doc About the Koch Brothers

The Surveillance of Patrick Lagacé

The Surveillance of Patrick Lagace by Montreal Police

Inside a Right-Wing Meme Machine

Inside a Right-wing Meme Machine