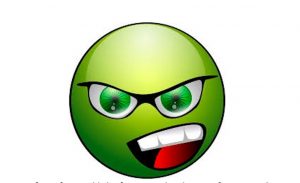 By Diana Maliszewski with Neil Andersen

A common adjective to describe recent media experiences is FAST. The speed at which content is published, shared, commented on, and remixed is quick. What are the impacts of the rapid pace of reacting to media texts?

A recent, vivid example can be found on Jason Chatfield’s blog. Jason Chatfield is a cartoonist and illustrator in New York. In a post dated August 4, 2018, Jason describes the drama surrounding a visual he created for The New Yorker. We don’t have permission to reproduce the comic, but it (and Jason’s reflection) can be found at https://www.jasonchatfield.com/blog/look-closer

The startling component of this story is not necessarily the “knee-jerk” reaction to the comic but the extent to which people who objected to the comic sought out the illustrator’s social media profiles and attacked his wife. It was as if condemning the comic was an insufficient reaction, and that the creator and those associated with him needed to be vilified in other arenas. In other words, they escalated beyond attacking the art and its ideas to attacking the artist and his social group. 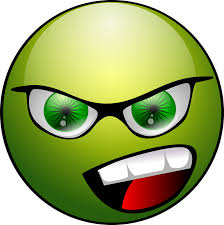 (Image labelled for reuse, from https://pixabay.com/en/angry-face-emoticon-animations-33059/)

People want to “do something” when perceived injustices occur. Whether this is “slacktivism” or a genuine yearning to make the world a better place, this urge to act is affected by how quickly individuals seek to respond. This might be helpful in the case of sending financial help to communities hit with natural disasters, but can still be problematic, if the source collecting the funds aren’t properly vetted. Take, for example, the controversy surrounding the case involving a homeless man who gave a stranded motorist his last $20 to pay for her gas. The motorist started a GoFundMe account for the homeless man that earned a startling $400 000 in very little time, as news of the Good Samaritan spread. However, now the money has vanished and all the characters in this narrative are embroiled in legal actions against each other. (See http://time.com/5400519/go-fund-me-new-jersey-homeless/ for just one article about the story.) The accolades for the motorist have morphed into harsh condemnation, almost just as quickly as the money was donated by outsiders who were moved by the initial tale. It is as though participating in the actions also makes people feel that they have the right to express—even INSIST upon—their opinion.

Audiences negotiate meaning in the media and this meaning and the interpretations can change with time. Take, as another example, the Sarah Jeong controversy. Sarah Jeong is an American journalist of Korean heritage who recently joined the editorial board of The New York Times; her appointment was challenged by right-wing opponents on Twitter. They dredged up old tweets of hers, shared them out of context,  and suggested that she was unsuitable for the new job because she was racist. For a detailed analysis, as well as some insightful points about how the medium is and impacts the message, see Ezra Klein’s Vox article https://www.vox.com/technology/2018/8/8/17661368/sarah-jeong-twitter-new-york-times-andrew-sullivan

It is much easier to notice when individuals who do not share your particular views are duped or swayed by media portrayals with a deliberate slant. How can those people be so oblivious? Why can’t they see how they are manipulated? Yet, when “the shoe is on the other foot”, so to speak, we are not as quick to retract our critical remarks. This is an example of a useful term for media studies (and life in general): confirmation bias.  It is simply that we notice and accept ideas that conform to our worldview, while we fail to accept, and sometimes cannot even see, ideas that don’t.  Ezra Klein writes:

If you’re a conservative, the liberal tweets that get shot into your sightline aren’t the most thoughtful or representative missives; they’re the ones designed to make you think liberals hate you, are idiots, or both. The same is true if you’re a liberal: you see the worst of the right, not the best. And after you’ve seen enough of these kinds of comments from the other side, you begin to think that’s who they are, that you’re getting a true picture of what your opponents are really like, and what they really think of you — but it’s not a true picture, it’s a distortion built to deepen your attachment to your friends, your resentment of your opponents, and your engagement on the platform. And it’s one that plays on our tendencies to read the other side with much less generosity than we read our own side

These experiences divide us, and the world does not need more division. How can we avoid getting our “knickers in a knot”? When tweets or news articles or photos are meant to emotionally inflame us, how do we take a breath and step back before responding? If we slow down to consider what information is presented to us before reacting to it, might we be “missing the boat”, steps behind in our involvement in day-to-day current events? It is easy to say “Think Before You Post”, but in the urge to be the first, how often do we apply this to ourselves? Some further questions might help here:

How might we become more aware of biases—ours and others?

How might we become more aware of the subtle messages (“dog whistles”) that trigger people’s biases?

How might we slow down and reconsider before attacking others’ ideas or even reputations, relatives, etc.?

(These lesson ideas are adaptable to a secondary school classroom – ed.)