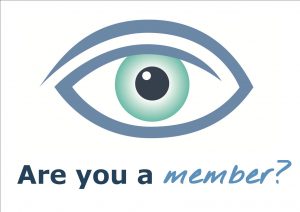 Oh what a tangled web we weave…

*You can subscribe to Jesse’s excellent blog at metaviews.

The Chinese government has built a sophisticated database of users’ behaviours, then made it available to everyone: private citizens, businesses and governments. Ironically, the social credit system was created in response to China’s terrible record of enforcing its laws.

In other words, people, corporations and governments were openly flaunting the laws and the Chinese authorities hoped that the database of infractions would shame and police dishonest actions. Evil-doers are put on blacklists for a set term or until they redeem themselves. The podcast suggested that this was a China-specific phenomenon that likely wouldn’t occur in other societies. That started me thinking.

While the West may not have the same kind of social credit system, I suggest that there are many iterations of it that we just haven’t recognized yet. And—thanks to a social media system that remembers everything and is slow to forgive—it wouldn’t take much to shift Western societies into the full Chinese model.

The engine of the Chinese social credit system is that people with higher ratings often receive incentives or benefits. People with lower ratings may receive disincentives or penalties. (Please note how similar this mechanism is to Christian society practices, particularly Protestantism.)

So let’s entertain the notion that there are already many social credit systems at work in the West and consider what those might be. One iteration might be memberships. As American express advertises, “membership has its privileges.” One of American Express’s privileges is its front-of-the-line program, where members are offered first opportunities to buy precious or rare seats for theatrical productions. Then the hoi polloi get their chance at the leavings. This effectively creates the two-tiered system hallmark of social credit.

But there are also frequent flyer social credit systems. People loyal to particular airlines are rewarded with preferred lounges, boarding, seating and streamlined services. They also accumulate points that can lead to free or discounted flights. An often unrecognized effect of these programs is that travelers become more loyal to one airline, and self-censor choosing competing airlines—even when they may offer better value—because they can’t acquire points. This may not feel like social credit, but it is, at least within a particular airline’s ecosystem: good behaviour gets incentives; bad behaviour doesn’t.

The same system holds true in the cruise industry, where frequent cruisers are rewarded with perks while first-time cruisers or those with multiple cruises on another line are not.

In teaching, companies have created ‘Apple-certified,’ ‘Google-certified’ and ‘Microsoft-distinguished’ categories that some teachers trumpet proudly in their social media and conference bios. First of all, these people seem unaware that they have allowed themselves to be branded, and that their uses of these certification labels are native ads for the companies. But they probably DO realize that using the labels puts them into a tribe—a company ecosystem—and gives them social credit in the education ecosystem. They are set apart from the rest of us peasants and enjoy their status. Membership has its privileges. 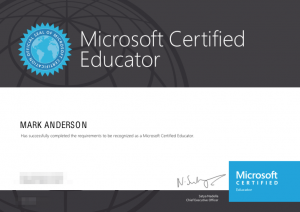 On Twitter, we can see each others’ follower numbers, and I have to admit to follower-envy, even when I know that Twitter followers can be purchased and the numbers might be suspect. But there is also that subtle blue checkmark

after some names . I don’t have one, but the President does; so does the Beib. Almost none of those I follow have one. What might that reveal about me and my fellow Twits? Is that social credit? I think it is.

PCOptimum points can be acquired by shopping at Loblaw’s, No-Frills and Shoppers Drug Mart. The points can then be redeemed for merchandise at any of the stores. While this might again not seem like Chinese social credit, it is managed behaviour within the Loblaw’s ecosystem. The more we use the points system, the better we are treated and the more comfortable and obedient we become. 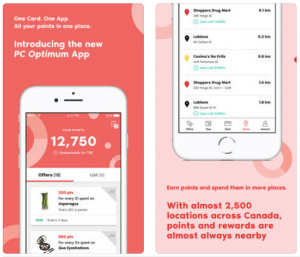 But the PCOptimum case is especially relevant to my thesis that the West already has social credit. The card can accumulate points at 3 different chains of stores. The points can be redeemed at any stores in these chains. In other words, my behaviours in one store can be rewarded in another store. My behaviours are being aggregated and shared between the chains.

This is not the only instance of data and points being shared between and among businesses. My movie receipts can be used to get discounts at restaurants. My restaurant receipts can be used to gets discounts at movies. My credit card can also know and reward my activities. My behaviours are being tracked, characterized and processed to send me targeted promotional emails that assure me that I am “richer than you think.” This feels like social credit. 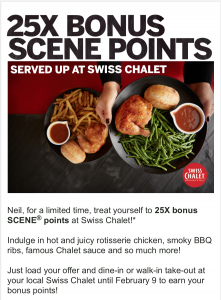 These systems are proliferating. How often have you been asked by a host, server or cashier, “Are you a member?” At first it sounds like being a member of a posh exclusive club, but it’s really an effort to gain your loyalty and collect your data. If you’re a member, there is a file that can be consulted and used if they need to push a promotion or police an inappropriate activity.

What if these loyalty programs were further concentrated?

What if one startup specialized in managing the social credit programs of other companies and became a hub?

What if it weren’t a startup but a company already proficient in such managements, like Facebook or Google?

PCOptimum could out-source its social credit management while simultaneously forging liaisons with other companies and their social credit programs. What happens when most Canadians   find themselves members of interlocked points programs and their behaviours shared among and between companies, from coffee shops to building supplies to hotels to groceries to Uber and Doordash?

@A_M_L_
#medialiteracy is the most important skill
via @benedictevans

What is art?
Who owns their own images?
What is copyright in a digital environment?
How is this action relevant to everyone on the internet?