The Right to be Forgiven 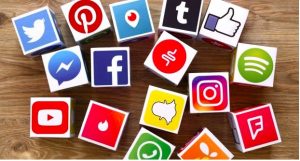 A frequent feature of 21st-century political campaigns has involved researching candidates’ online activities in hopes of finding damaging data that might be used against them.

Canada’s 2015 Federal election campaign included several such incidents. Statements considered inappropriate for a Member of Parliament were unearthed and publicized. Leaders distanced themselves and candidates withdrew from the race. In one case, a candidate had not himself written any questionable ideas, but had linked to documents that were judged controversial. He claims that he linked to them because they were so preposterous. He withdrew anyway.

These incidents provide yet another cautionary tale, not just for those few of us who might one day seek elected office, but for anyone. People seeking admission to post secondary institutions, to volunteer, to secure a job interview, or possibly even gain the approval of a fiancé’s family might all be subjected to trial by Google.

So at least two questions that need to be addressed are, “Is there a statute of limitations for online missteps?” and, “If the Internet never forgets, might it at least forgive?”

Many of those who admonish students to be very careful with their online communications say, “The Internet never forgets.” This statement is made to warn students that what they might post in jest, or for the eyes of only one person, or to be enjoyed for a brief moment, or in the heat of passion, might come back to bite them in unknowable and unpredictable ways.

In practice, however, the internet DOES forget. One expert estimated that 70% of data posted to the internet is lost, or not tagged sufficiently that it can be found. The trouble is, we can’t know which 70% of our data will be lost and which 30% can be found. It’s a crap shoot, and can end badly. Best to assume that posts are permanent.

What might be the ultimate effect of eager opponents potentially finding posts that they then beat us up with? If our own statements can be weaponized against us—even after several years—will we hesitate to post anything at all? Might we shrink from all contentious topics? Might we self-censor not only our communications but even our thinking?

Teachers know that good learning can result from healthy dialogue. Dialogue requires competing or opposing ideas worked through carefully and respectfully to informed conclusions. One of the classroom’s greatest benefits is students’ opportunity to test and adjust ideas that might be found unhealthy, prejudicial, disrespectful etc. But a naïve or damaging idea must first be articulated before it can be examined and argued to a healthier position. What might be the effect on students if all of their classroom statements we’re documented and archived for forensic analysis? I suspect there would be a significant chill in classroom discussions.

So too with online discussions. Teachers often use social media as a powerful part of their pedagogy. But the online audience extends far beyond the classroom and statements are archived rather than ephemeral.

Will students take risks and make judgments and statements without the safety net of forgiveness? If not, might they maintain their suspicion of online communications in their adult lives? How might their reticence affect their citizenship and the country’s civic health? Does this help to explain the popularity of anonymous social media sites? How might the current weaponizing of statements against candidates influence those who might consider seeking office in subsequent elections?

Most of us are on social media several times a day and many of us will live to be 100. What are the chances that we will commit an online faux pas?

Is there a right to be forgiven? Should there be?

(These ideas can be adapted to a secondary classroom – ed.)