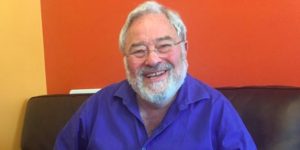 The same phenomenon can occur with a great range of statements, including “gagged.” Halifax political cartoonist Michael de Adder has apologized for depicting a Canadian minister bound and gagged in a boxing ring and pledged to avoid such representations in the future.

This is challenging for metaphors and for language in general. It is potentially disastrous for political cartoons, which have always used visual metaphors to communicate abstract ideas.

Here is the offending cartoon. 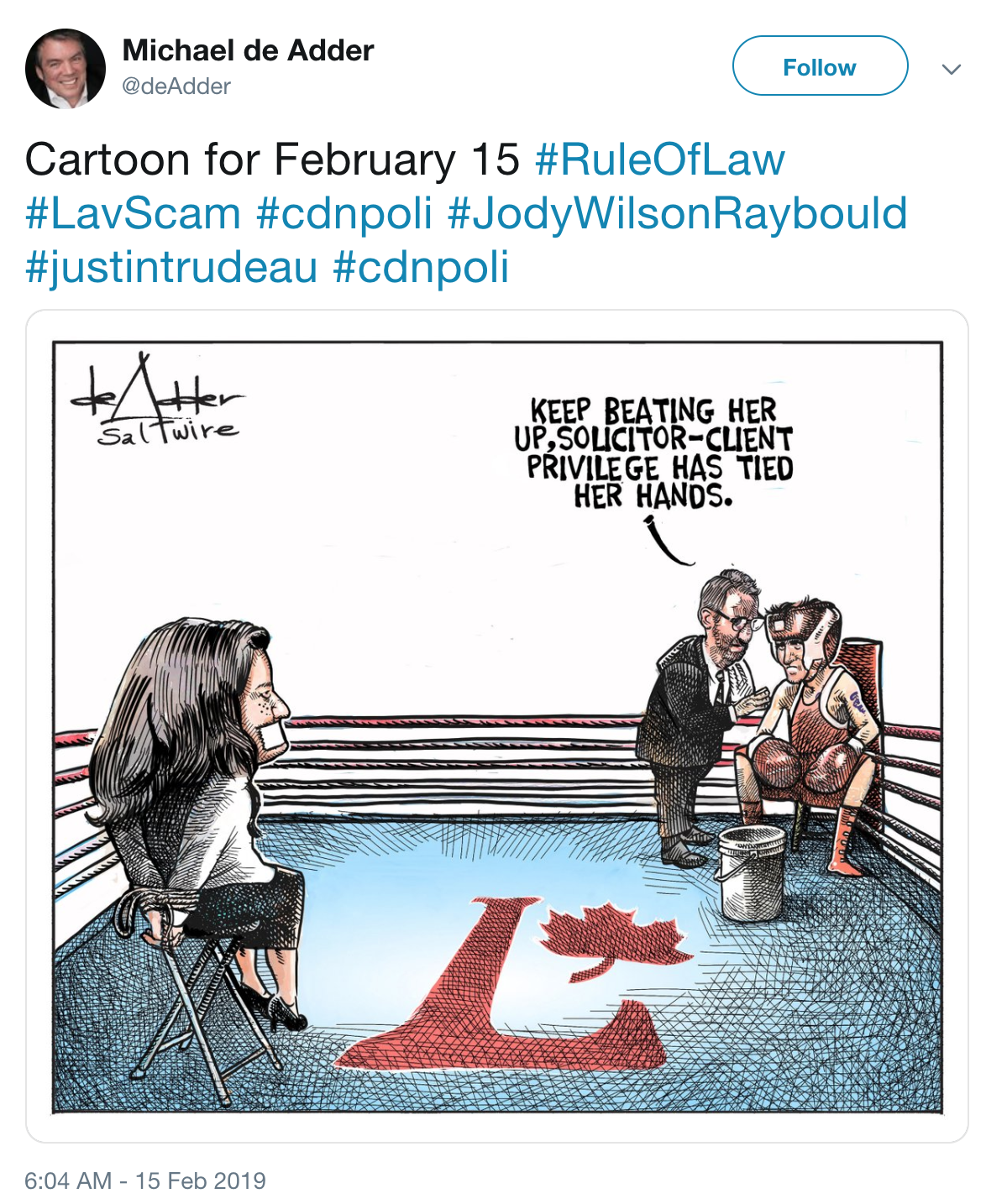 How many metaphors do you see?

Try to identify at least 5 metaphors.

I think that there are at least 9.

Do you see more than these 9? How does metaphor #4, the boxing ring, create the context for the other metaphors?

or asked another way,

What would the other metaphors mean if someone didn’t understand that the overall context of the image is a metaphorical boxing ring?

If someone didn’t interpret this image as metaphoric, what might they think the man in the helmet was about to do?

Is her mouth really gagged?

Is the PM really beating her up?

Is this cartoon really about violence towards women or Indigenous people, as the Global News article reports?

Or is it about legal protocols preventing a person from responding to the comments of her former boss?

Can it be both?

How might these events have combined to create an environment that would make people sensitive to the imagery in Mr. de Adders’ cartoon?

Consider these other editorial cartoons, each created to comment on Ms. Wilson-Raybould’s situation? 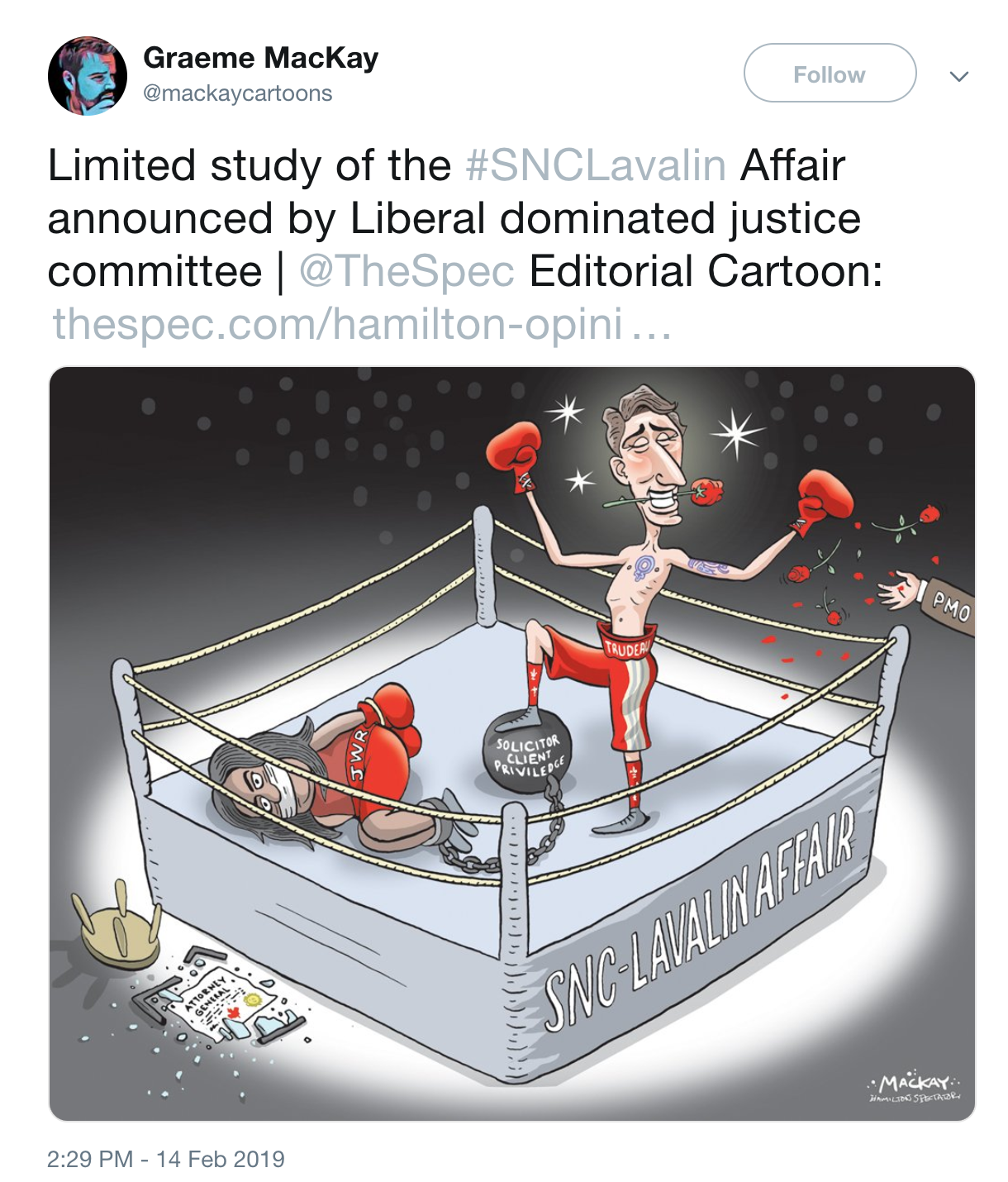 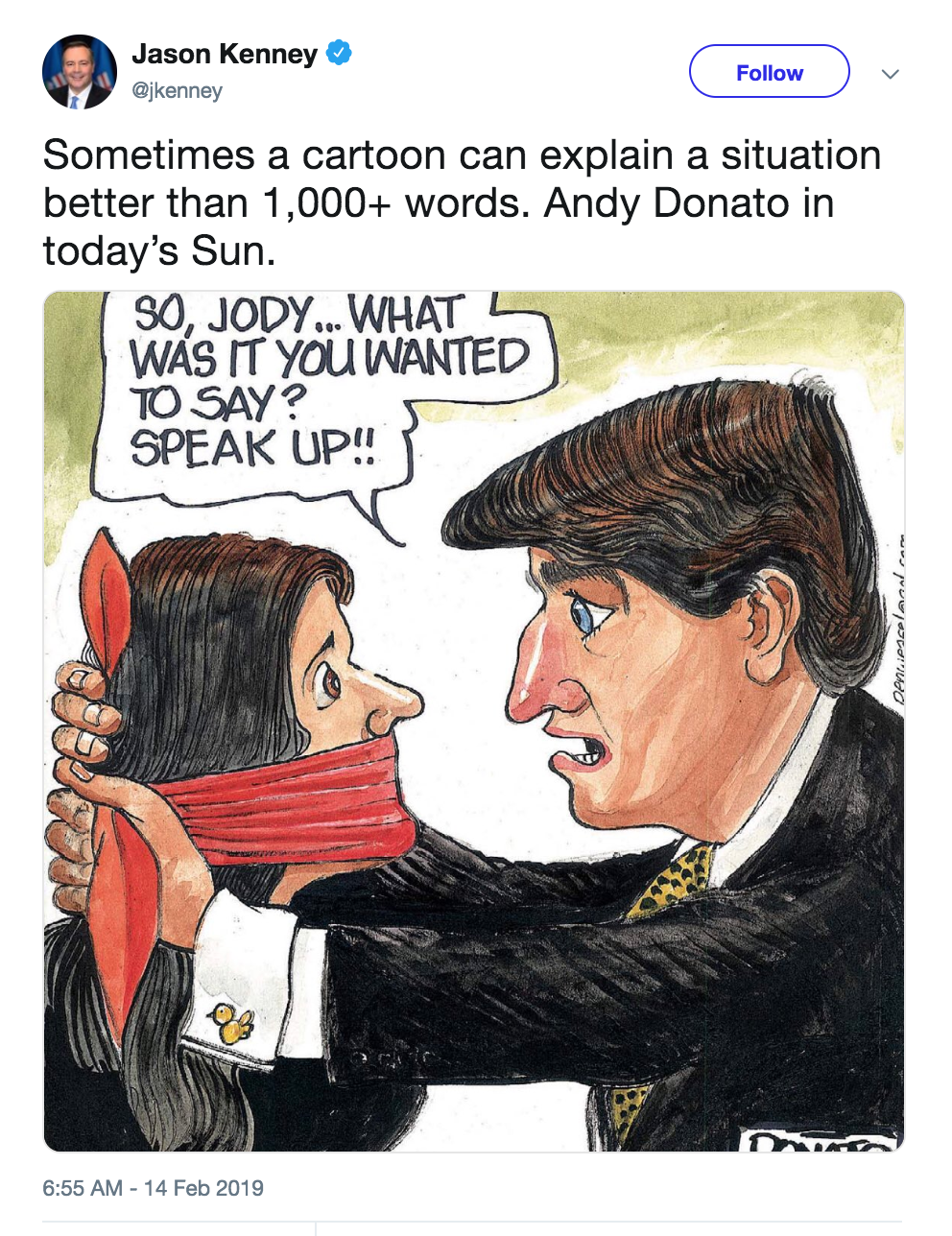 Which metaphors match those used by Mr. de Adder?

Which metaphors are new?

Mr. de Adder has vowed to avoid imagery that might suggest violence to women or Indigenous people.

What ways can you imagine his cartoon could have communicated its message without suggesting violence to women or Indigenous people?

If the codes and conventions of editorial cartoons require a full range of visual metaphors, is Mr. de Adder limiting his future cartooning by agreeing to avoid violent imagery?

Might he get into trouble if he created images that suggested violence to men or Eurocentric people?

What metaphors do you see at work in the cartoon?

Do the metaphors successfully avoid suggesting violence against women, or do they just represent a different version of the same value system? 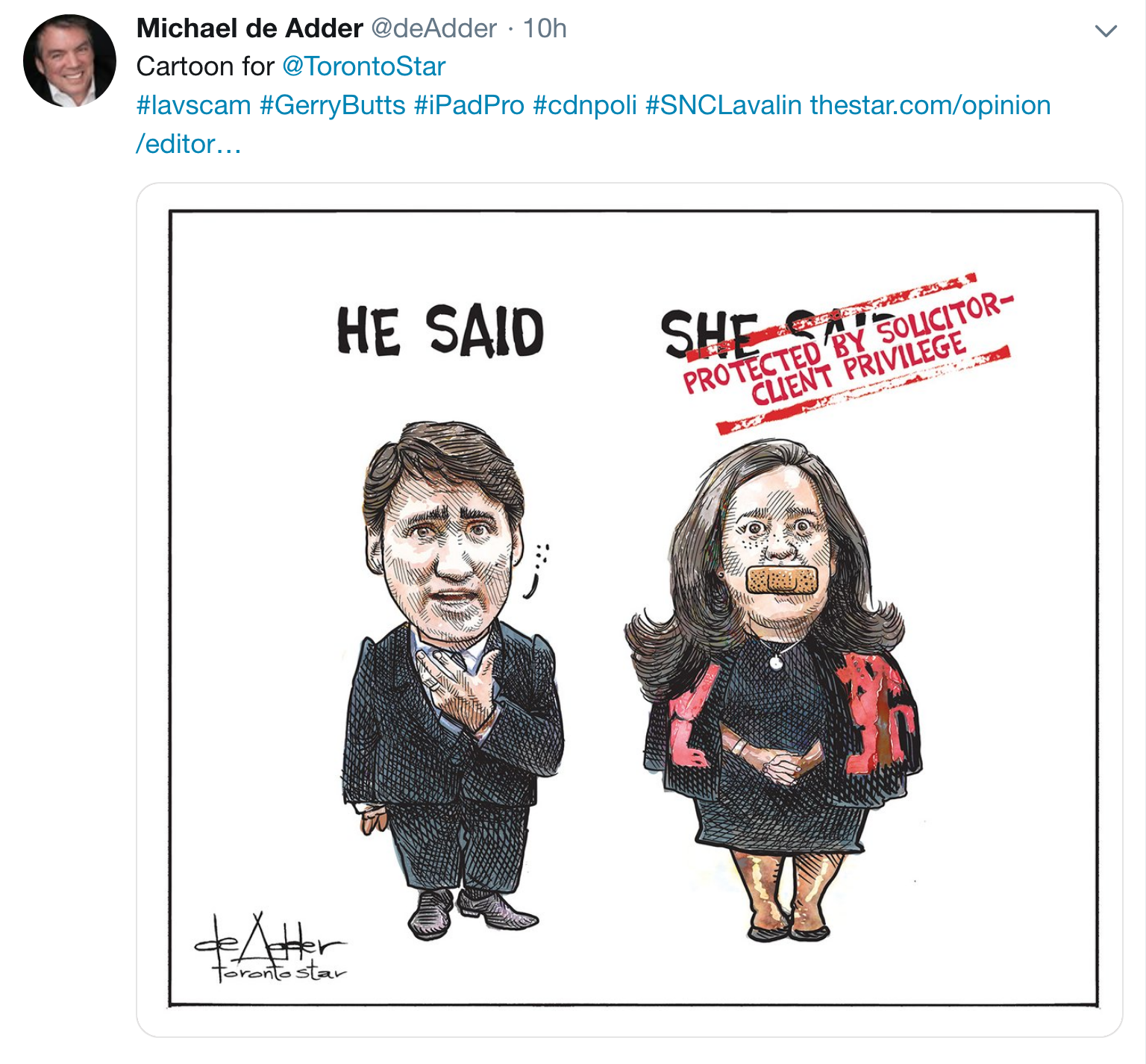 Is the problem that we use metaphors carelessly, without considering their meanings to all audiences?

Is the problem that media messages have become so politicized that artists can no longer create them without getting into trouble?

Is it a combination of these conditions?

How is the title of this lesson—Unhealthy Metaphors—itself a metaphor that can have at least two meanings, one about metaphors and a second about the ways that people interpret and use them?

How might an awareness of the roles played by metaphors in language and politics help us use and understand them more effectively and responsibly?