Who is the Target Audience?

Ian Pettigrew, a valued friend of the AML, sent us a real estate ad that he found compelling and thought might make a good media study. We agree.

Someone once observed that the higher the price, the less we use logic when purchasing. We might anguish between the store-brand or name-brand cream cheese, but then purchase houses and cars based on gut feeling or intuition. Of course, we then rationalize our decisions with facts and figures. But rarely do we admit, “I just want it!”

Real estate is often sold using life-style and values messages—maybe more so in Toronto than other places. Terry O’Reilly (Under the Influence) recently reported that Torontonians are prone to indulging themselves in expensive homes, whereas Los Angelinos do so with luxury watches.

Which brings me back to Ian’s recommended ad for Rialto Towns, a development in Richmond Hill. 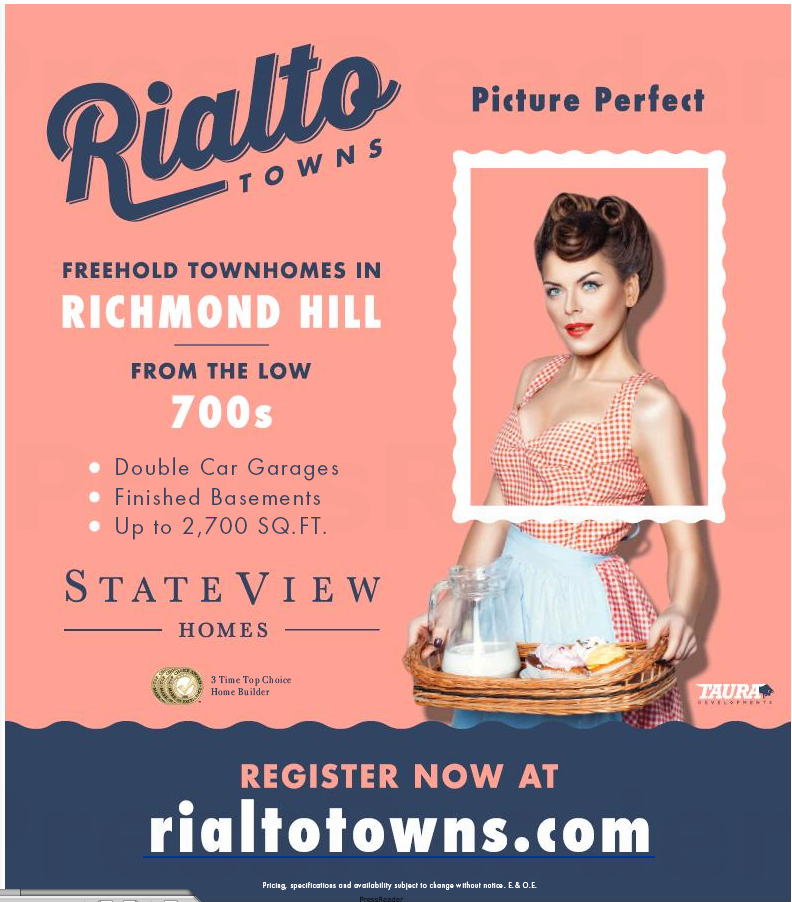 What’s in a name?

Rialto is Venice’s ancient financial district as well as a popular name for neighborhood movie theatres before the multiplex age. It is retro. Who might want to live in a place with a retro name? Why?

What’s in a model?

She has upswept hair, blue eyes, red lipstick, and a ‘picture perfect’ complexion.

She is also ‘picture perfect’ in gingham and an apron.

Does she recall memories of mid-century actresses, like Ava Gardner, and simpler times? 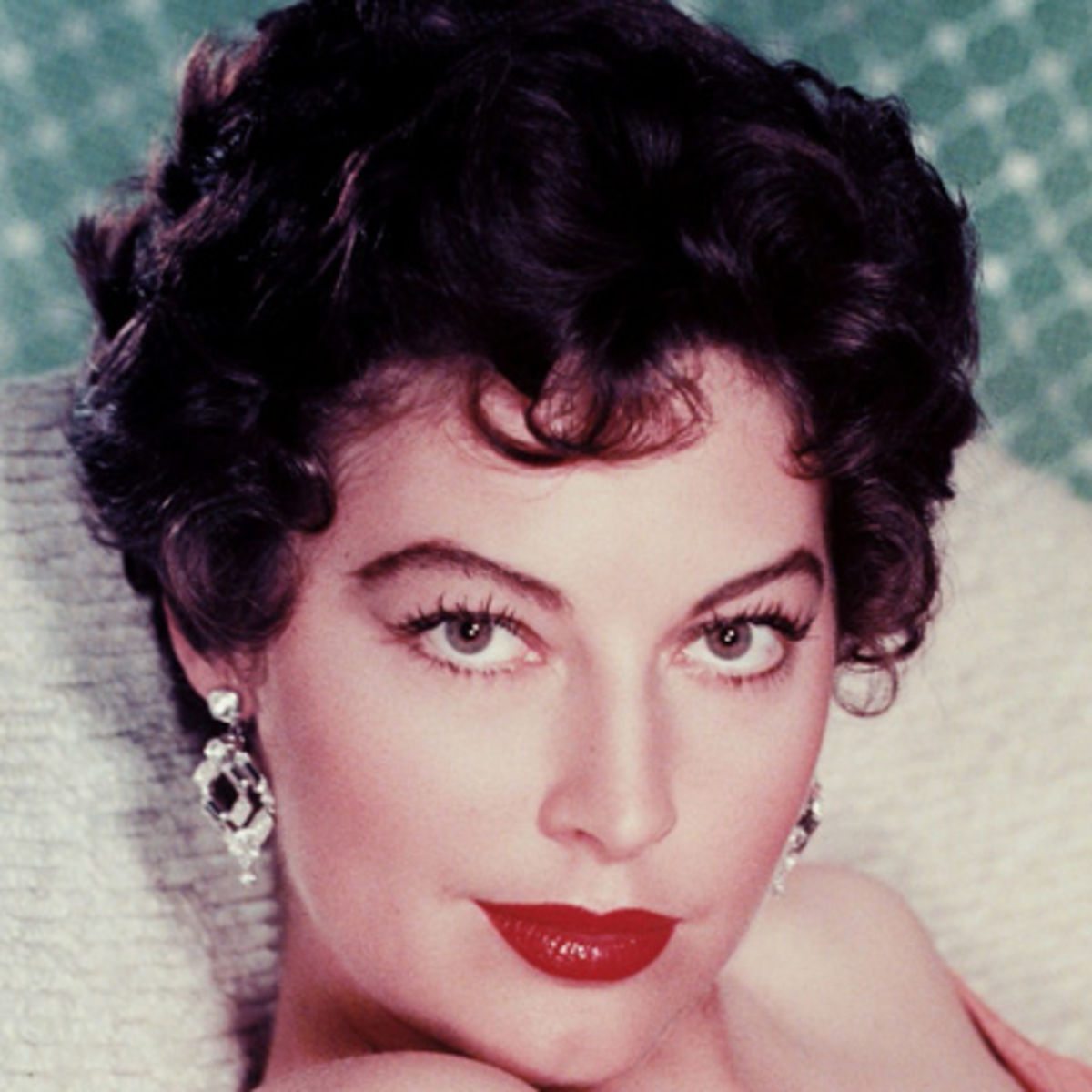 Or does she evoke the memory of a reminiscence: Jessica Paré as Megan Draper, Don’s third wife, in Mad Men? 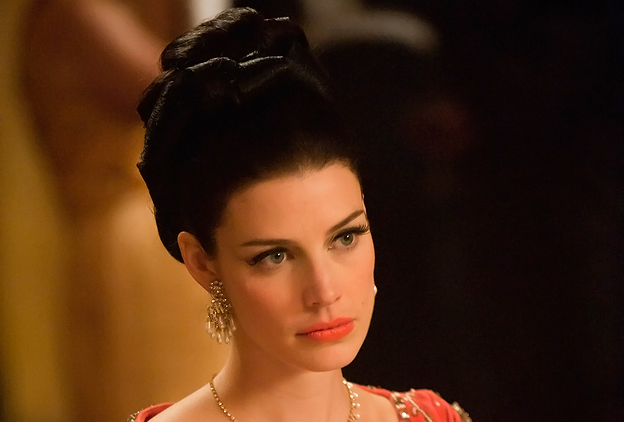 Why might a designer use a white scalloped-edged frame and a pink background? What is the effect of placing the model’s face inside a frame? Is this what ‘snapshots’ looked like back in the day? What historic times and shapes might they evoke in the audience’s memory? How might that help sell a townhouse?

Do women with trays of food evoke feelings of domestication? And might a domestic feeling help sell a townhouse? How might the meanings change if the model was male? Might this be a sexist ad, or is it just playing with stereotypes?

Is the ad a parody? A parody of a parody? Could it be both?

How might waking nostalgic feelings about a simpler time—even one portrayed in movies and television—help to sell townhouses?

-by Neil Andersen, with files from Carol Arcus

(The ideas in this post may be applied to the Secondary classroom, across the curriculum. – ed.)