Contradictory Canadians: Perspectives on Ourselves 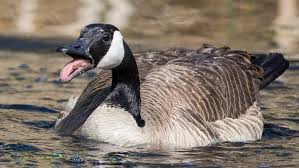 Three of the AML directors attended the NAMLE conference in Washington DC in June 2019. There were many media literacy learning opportunities. Assembled in the capital of the United States of America, especially as Canadians, afforded some unique perspectives, even on ourselves.

What it meant to be Canadian in a predominantly American landscape was a study in contradictory stereotypes.

What are some common stereotypes about Canadians?

Canadians are quiet and polite

During the classroom demonstration, I (Diana) distinctly heard myself apologizing for something and then calling attention to my apology. Was this me playing a role I felt like I was scripted to play? A result of being overly anxious? A way to distinguish myself as unique and “not-American”? Or (as Neil suggested) was it a “natural” Canadian behaviour learned from a lifetime in Canada?

Maybe this apologetic role is not an isolated example. Bianca Andreescu won the US Open Women Single Championship in tennis on September 7, 2019. She defeated Serena Williams, an icon of the sport who was attempting a record 24th win in the US Open. When Bianca Andrescu won, she apologized to the crowd.

Much has been made on social media about Andreescu being the daughter of immigrants and how her story embodies what it means to be a Canadian. Her apology was widely reported by sportscasters and social media commentators and used as “proof” that she surely was Canadian, because Canadians are so gosh-darn polite and modest.

Canadians are loud and boisterous

At one of the NAMLE all-conference keynotes, the “crazy Canuck” stereotype was prioritized, when members of our delegation cheered when it was acknowledged that the idea of Media Literacy Week came from Canada. The moment was even tweeted!

Happy to hear from the CANADIANS in the house this morning! wooooo!#NAMLE19

So how is it possible to simultaneously hold opposing opinions of a group?

Such is the “magic” of media literacy. ???? Several of the eight key concepts for media literacy might help explain the phenomenon.

Below, Neil offers some ideas via a connection to a quintessentially “Canadian” sport:

Hockey provides a curious site of struggle for Canadian stereotypes. Normally modest, apologetic, unassertive Canadians skate onto the ice and become aggressive, body-contacting dervishes. And their parents or fans scream and holler enthusiastically at best, fight in the stands at the worst. Fighting is so common in hockey that most Canadians consider it a part of the game, which cannot be said for other sports. (Baseball brawls are common but fights do not often erupt in basketball or football games. )  How does this jibe with the quiet, unassuming stereotype?

Is it a type of national schizophrenia?

Maybe this can explain things.

why is the canada goose such an aggressive creature if it has canada in the name? well, at birth, each canadian is assigned a goose, which grows with them and absorbs all their rage,

For more on contradictory Canadians: