The popularity of memes

Everyone who has used the internet for personal social communication and entertainment in the last few years has seen a meme.

The meme:  –“a virally-transmitted cultural symbol or social idea. A meme (rhymes with “team”) behaves like a flu or a cold virus, traveling from person to person quickly, but transmitting an idea instead of a lifeform.” 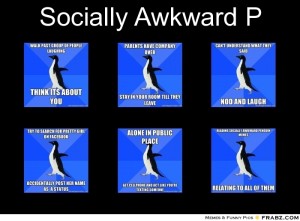 According to various sources on the internet, the “meme” word was first introduced by evolutionary biologist, Richard Dawkins, in 1976. “Meme” comes from the Greek word “mimema” (meaning “something imitated”). Dawkins described memes as a being a form of cultural propagation, a way for people to transmit social memories and cultural ideas to each other. Not unlike the way that DNA and life will spread from location to location, a meme idea will also travel from mind to mind.

The Internet, because of its instant communication, is how we now spread modern memes to each other’s inboxes, social network pages, etc.

In order to engage your students, and have them experience the power of producing a meme to disseminate information about how different people are seen and represented, here is a lesson I have used quite successfully with grade 9 Academic English students.  I think that it can be used for all grade levels, however.

I used it when teaching the novel, Bifocal.

(These ideas can be adapted to both secondary and elementary classrooms – ed.)